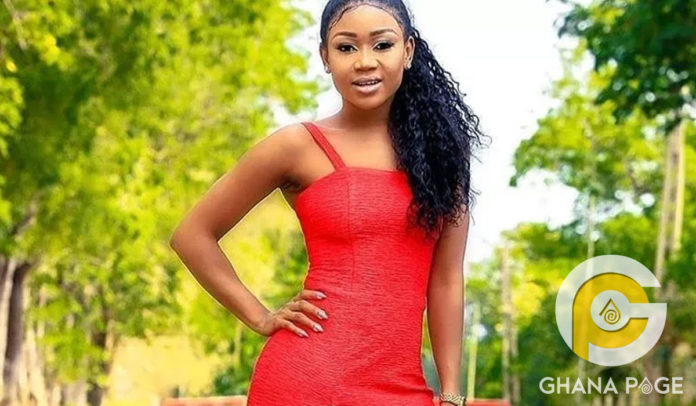 Xandy accused Akuapem Poloo of conspiring with Instagram blogger, those called celebs to not publicize Tracey Boakye’s ‘Baby Mama’ movie. She also accused her of sleeping around with various men whilst she was in Kumasi working on the Baby Mama project.

In reponse, loud mouthed Akuapem Poloo has said that she only beefs with actresses with curvy hips not someone who looks as fat as Xandy Kamel. She added that Xandy is a Hippopotamus and a fake fool.

“Why should I pay attention to An hippopotamus like, Fake fool you think I was going to mingle with you so you disgrace me like what you did to @empress_dictabee #BETRAYER. Check me well I don’t move with fakers pretender like you. You really need my attention paa “

So @akuapem_poloo and @xandykamel could not keep their unity for just a month?

It is no news that Xandy and Akuapem Polo have been archenemies until Kumawood actress and producer, Tracey Boakye brought them together to work on her Baby Mama project. It appears that their union was short lived as AKuapem Poloo and Xandy Kamel have resumed fighting and throwing shots at each other  on social media.

The story continues to unfold, stay tuned to ghpage.com as we bring you all the details as it happens.