Celebrities react to parliament decision to build a new chamber 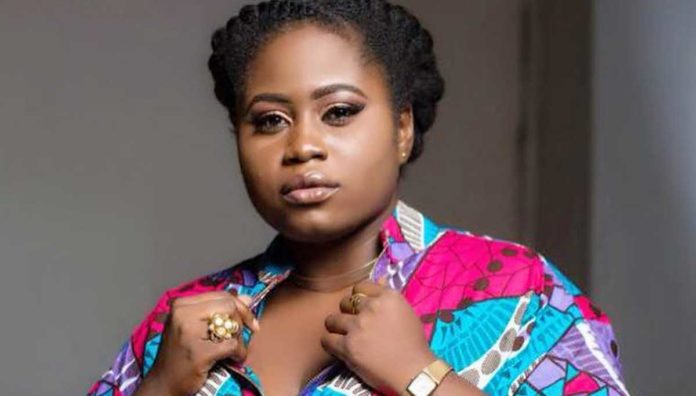 The Parliament of Ghana recently proposed the construction of a new 450 Chamber block for Ghana’s parliament which costs $200m.

The building is expected to be ready by 2022 and according to the Majority leader in parliament, Osei Kyei Mensah explained that the reason for the new chamber is that the current chamber no longer meets the purpose of the house.

However, several Ghanaians have called for the parliamentarians to stop the construction of the new chamber because at this moment, it is not unnecessary.

They believe there are other pressing needs that the authorities have to tackle like bad, roads, schools under trees, corruption and other issues.

Some Ghanaian celebrities have also added their voice to this campaign and are against the construction of the new Chamber.

Renowned actress and activist Lydia Forson also stated that it is high time Ghanaians spoke out and that the leaders involved are reading and listening. She is hopeful that their ranting on social media will make headway.

Also, Ghanaian rapper and singer, Kwame Ametepee Tsikata popularly known as Manifest added that he trusts Ghanaians to turn their outrage into action to stop the construction of the chamber. 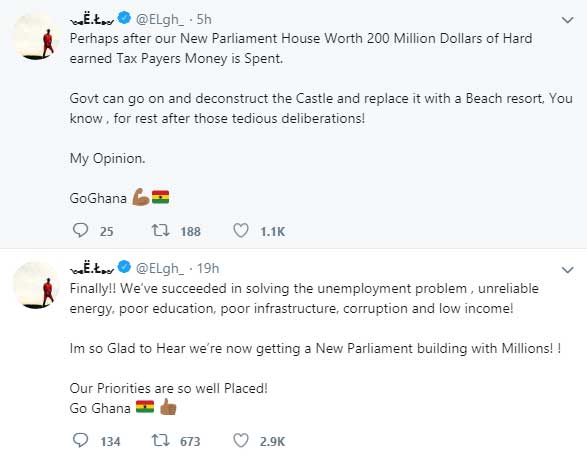 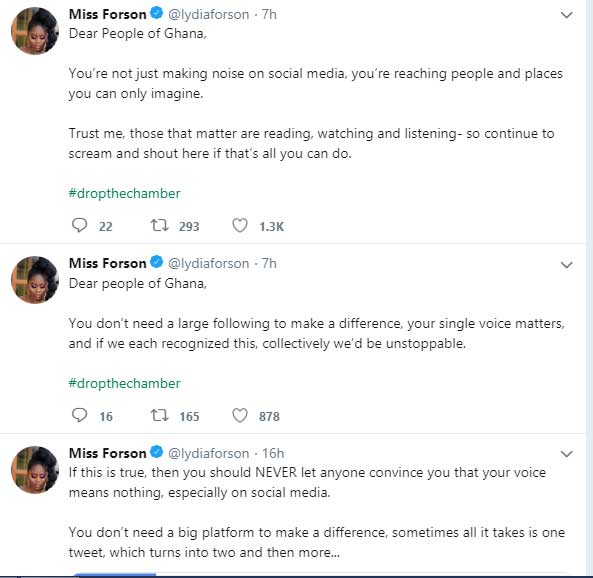 There is currently an ongoing campaign on social with the hashtag #DropthatChamber.