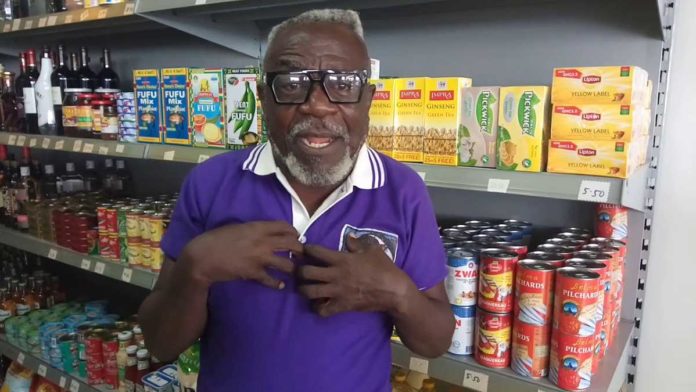 Kumawood actor Oboy Siki is registering his name in the books of Ghanaians as a bad old man after he made some revelations about himself.

According to the actor, he has lost count of ladies he has slept with but the last time he checked the number of ladies he has had intercourse with it was about 2500 and that was somewhere in 1998 thereabout.

Well, the actor who calls himself “Boys boys” has sent some words of advice to the young guys out there and we sure majority would bash him but he would still get people to stand with him.

Also Read: I have slept with over 2500 ladies – Kumawood actor

In his new advice, Oboy Siki is of the view that for men to be respected by their girlfriends, they are to sleep with their girlfriend’s best friend because that brings competition.

He said: “If you are dating a lady, and she has a best friend, make sure to chop her in addition to your girlfriend. If you chop both of them, it brings respect and Competition to their friendship with you,” Oboy Siki told Kweku Manu in an interview.

Oboy Siki also told Kwaku Manu that he has 10 Children with 1 dead. On whether he gives advice to his children, he said:

“No, I don’t and that’s why God continues to bless me, I would advice Guys over there to date more girls, and chop them as well.”