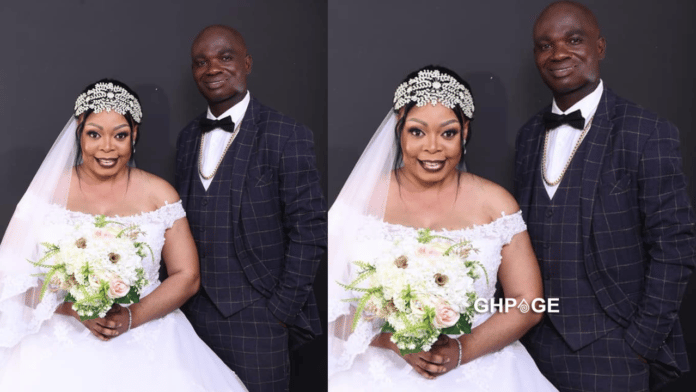 It’s not surprising that alot of Ghanaians still doubt the authenticity of Joyce Dzidzor Mensah and Dr UN’s marriage looking at their past records as attention seekers.

After photos from Dr UN and Joyce Dzidzor Mensah’s ‘secret wedding’ went viral on the local digital space yesternight – A lot of social media users quickly stormed the internet to drop a thread of negative comments under the photos.

According to these critics, even if it’s true that Joyce Dzidzor Mensah and Dr UN have married, their unanticipated union will hit the rocks soon because they aren’t compatible.

As opined by these critics, both Joyce and Dr UN are aggressive – Hence, it would be hard for the two of them to live peacefully under the same roof for a long period of time.

Below are some of the comments of the naysayers under the photos;

Antoinette Akpelassi – Birds of the same feathers. We thank God

Ummu Tahiru – May sense locate you both, Amen  congratulationsPerfect match