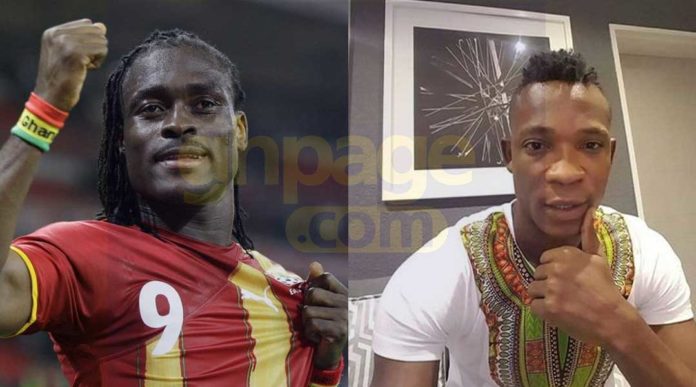 Former Ghanaian international Derek Boateng has sued his former teammate John Paintsil in order to retrieve an amount of $20,000 he borrowed in camp during the 2010 FIFA World Cup finals in South Africa according to reports by Ghanasoccernet.com.

In the writ, Derek Boateng is demanding the recovery of the amount plus interest at commercial bank rate from the date the defendant collected the money till the date of final payment.

Not just that but make sure he(Paintsil) pay for all his(Boateng) legal fees and cost.

Boateng was granted an order of substituted service on 16 August 2018 to serve the defendant (Paintsil) after several unsuccessful attempts since filing the writ on 15 May 2018.

The court presided over by Justice Jennifer Akua Tagoe has directed the posting of a copy of the writ of summons at the last known place of abode of the defendant at H/No 13, Afro Street, Trassaco Estate, Accra.

The plaintiff, according to the court, should also leave a copy with any adult found on the premises of the defendant and additionally post a copy on the notice board of the honourable court.

Dereck Boateng reveals that when he recently demanded his money from his former teammate, he made it clear that he did not owe him ”but admits that that money he collected from the plaintiff was used for gambling at the camp and since he lost, he has no money to give to the plaintiff.

The plaintiff said he was not part of that game, but defendant borrowed the money and used it personally for his own interest and therefore must refund the money.

SEE MORE: Footballer given Malaria mixture for emerging as Man of the Match