Ebony is a legend, I don’t mind following her footsteps -Wendy Shay 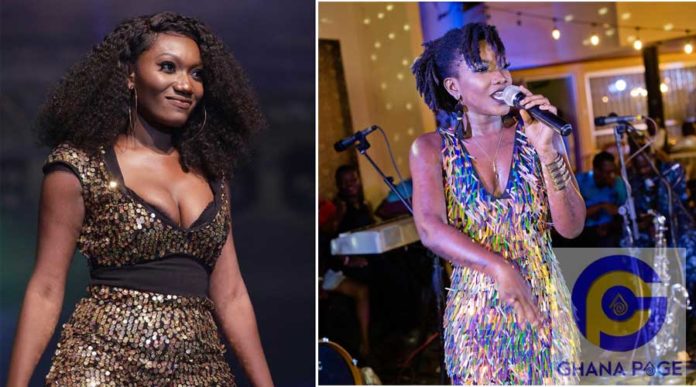 Ghanaian Afropop and Afrobeat singer, Wendy Addo known in the entertainment industry as Wendy Shay has stated that she does not mind following the footsteps of the Late Ebony Reigns.

According to the musician, the Late Ebony Reigns is a legend and doesn’t have a problem with people comparing her to the late dancehall musician.

ALSO READ: My ultimate dream is to make money to build a hospital -Wendy Shay

It’s fine and it’s okay when people compare me to Ebony, I just wish after sometime we will let her name rest”, she stated.

Wendy Shay also reiterated that she is under the same record label as the late Ebony and that she is continuing her good works.

“You know were in the same record label, we had the same song writer and I just want to say she did a very good job so continuing what she started is okay but am not copying her style”, she added.

Currently, Wendy Shay can be described as one of the hottest and vibrant female musician and has claimed that she deserves the ‘New Artiste of the Year’ at the yet-to-be held Ghana Music Awards.