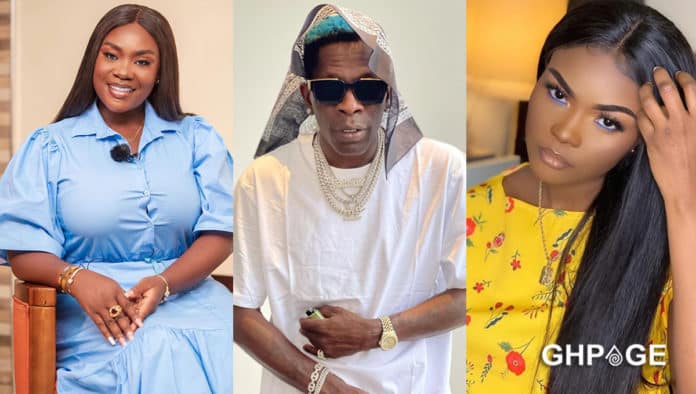 Kumawood actress Emelia Brobbey has threatened to take legal actions against one Magdalene Love Nunoo, popularly known as Magluv, for some ”unwarranted, unfounded and malicious” publications she made against her.

A few weeks ago, Magluv, who’s the supposed girlfriend of dancehall artiste Shatta Wale, took to Instagram to claim that Emelia Brobbey had an amorous relationship with the musician while he was still dating his ex-girlfriend and baby mama, Diamond Michelle aka (Shatta Michy).

She made these allegations when she went haywire on Michy for creating the impression on social media that Shatta Wale is a deadbeat dad and that she’s the only parent taking care of their son, Majesty.

Magluv also called Emelia a hypocrite because she once invited Michy for an interview and asked about who she believes to have destroyed her relationship with Shatta Wale.

However, Emelia did not come out to confirm or deny any of the allegations levelled against her.

Just when we thought her silence was an indication that the claims were true, Emelia through her lawyers has served Magluv with a notice to “retract and apologise” for her utterances which she deems embarrassing, humiliating and defaming.

The letter dated 18th July 2021 instructed that if on or before the 25th of July, 2021 Magluv doesn’t retract the contents of the video accompanied by an apology to Emelia Brobbey, she will explore legal avenues available to her.

Read the full details of the notice below.

Magluv, after receiving the notice, took to her Instagram page to render an apology to Emelia Brobbey, including songstress Becca and all other persons she offended.