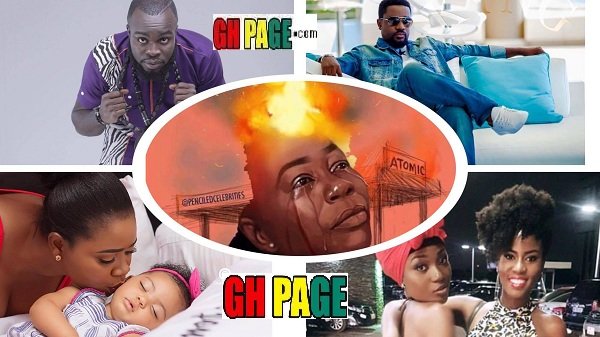 The Gas Explosion that occurred at the Atomic Junction in Madina on the 7th October 2017 has left 7 people dead and almost 200 people injured.

The cause of the accident is still being investigated by the authorities but it’s been alleged a Khebab(Chinchinga) seller caused the explosion.WATCH VIDEO

According to eyewitnesses, a giant ball of fire went up in flames immediately after the explosion sound was heard at the gas filling station.

Many Ghanaian celebrities and social influencers took to their social media handle top send their condolences to the family of the deceased.

They also expressed their worries about how Ghanaian politicians are handling this period disaster in the states.

SEE ALSO: Manifest Narrates How He Escaped The Atomic Junction Explosion And Here’s What He Said

Among The Celebrities that have shared the pain of fellow Ghanaians on social media in this painful after the gas explosion are Chase, Kontihene, KMJ, Sister Deborah, Wanlov, M3nsa Sarkodie, AJ Nelson, M3dal, Pam, Pope Skinny, Efya, Eazzy, Edem, E.L, and others

Check Some Tweets Below

Oh Ghana, when will we learn to take life seriously? 💔

Just heard about the AtomicJunction Explosion.

Hope you're safe out there Tonight Fam.

SCROLL DOWN AND CLICK ON NEXT PAGE TO SEE MORE TWEETS