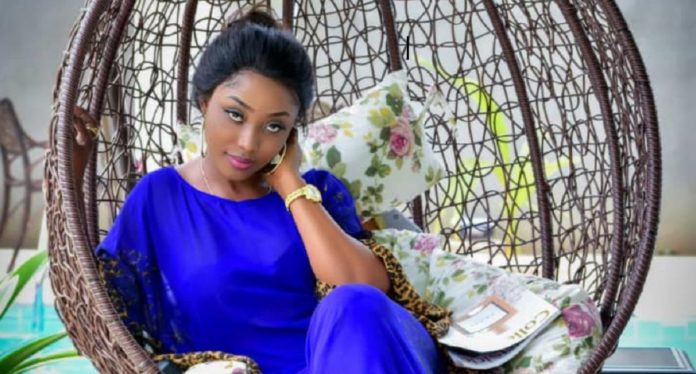 Popular Kumawood actress and producer Joyce Boakye has fired back at fellow actress turned Evangelist, Gloria Kani over recent comments she made in an interview.

According to the actress, she had a very good friendship with Gloria Kani but their relationship turned sour after she played a role in the break down of her nine-year-old marriage.

ALSO READ: Tracey Boakye is not the taste of my ex-husband -Joyce Boakye

In an exclusive interview with Ghpage Tv, Joyce Boakye explained that Gloria Kani on several occasions called her 73-year-old husband to tell lies about her.

She also revealed that three years ago, Gloria Kani told her husband she was having an amorous relationship with her director on set.

Joyce Boakye described Gloria Kani as a hypocrite who is using the name of God to tell lies and that Gloria has a wicked heart.

The actress also added that Gloria Kani is known as a demon in the movie industry and that her so-called salvation is questionable.

She further stated that she is glad Gloria Kani has changed from her evil ways and is now a born-again Christian because her life would have ended abruptly.

It can be recalled that an alleged sex video of a kumawood actress went viral and it was no other person than Joyce Boakye.

However, the actress claimed that the viral video was a scene in a movie she produced and that scene was just to hype the movie.

She explained that her friends in the movie industry like Tracey Boakye and Gloria Kani who knew the video was fake lied to her husband.

Joyce Boakye stated that Tracey Boakye and Gloria Kani lied to her husband that the video was real and that she actually had sex with the actor on set.

The actress added that she tried her best to explain to her husband that the video wasn’t real but it proved futile which led to the collapse of her nine-year-old marriage.