News of Joyce Blessing’s marital issues and resulting divorce with now estranged husband and former manager, Dave Joy, has been trending all over social media with the gospel musician coming under serious criticism for displaying behavior not depicting a true believer.

The issue has escalated with news circulating that Joyce Blessing allegedly had an extramarital affair with her gym instructor by name Prince.

As a result, the ‘’ I swerve it’’ hit song crooner has allegedly seen her marriage suffer the repercussions of her unwholesome act with Prince.

Meanwhile, in the midst of all the criticism and lambast directed at the gospel singer, Michael K. Ola, a social media critic, and radio presenter at Neat FM has added his voice and his comments are rather comforting

According to Ola Michael, instead of the usual name-calling and shaming of gospel musicians in general when they falter, it is wiser to pray for them because they are just as human as anyone

He revealed that the very talented musician had suffered so much in her marriage and was not a happy person.

He stated that the opinions of people have crippled her so much that she is afraid that she might not have what it takes to empty her guts on what she has been through with her marriage to Dave.

Micheal ended by saying that what Joyce Blessing needs most in these trying times is the support of people and not judge because she is going through serious pain.

Both Dave Joy and Joyce Blessing have reacted to the ongoing problems and have blamed each as the cause. 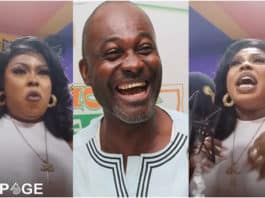 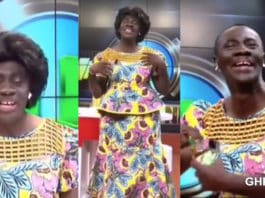 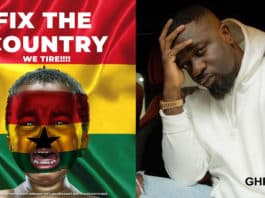