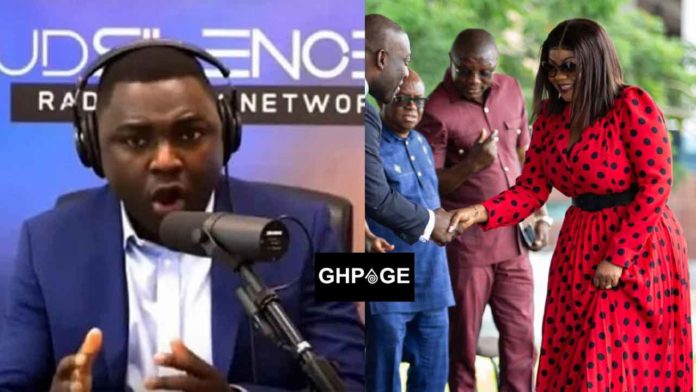 US-based Ghanaian Journalist Kevin Taylor has railed against gospel musician, Gifty Adorye over her appointment as Anti-Terrorism Ambassador by the National Security Ministry.

The host of ‘With All Due Respect’ expressed his disappointment in this action by the National Security and explained why her appointment is a ticking time bomb.

In a video, the controversial broadcaster angrily attacked the gospel musician and questioned the National Security about what informed their decision.

Kevin Taylor also used unprintable words on the Ministry of National Security for this appointment he termed as ‘unnecessary’.

The aim of this campaign is to get citizens highly alert and report suspicious characters in the wake of terror alert by security analysts.

The ‘Eye Woaa’ hitmaker took to his Instagram page to share this good news. She wrote; “I am honoured to be selected as one of the Ambassadors to champion of terrorism awareness campaign in Ghana. See something say something is every Ghanaian responsibility to safeguard the security of your community. Call 999“.

However, some Ghanaians expressed disgust at this appointment and indicated that the musician’s politician husband played a role in getting his wife this new role.