Kwesi Pratt reveals secrets & explains why Menzgold should be shutdown

Ace Journalist, Kwesi Pratt has analyzed why Menzgold should not be allowed to operate and should be shut down immediately 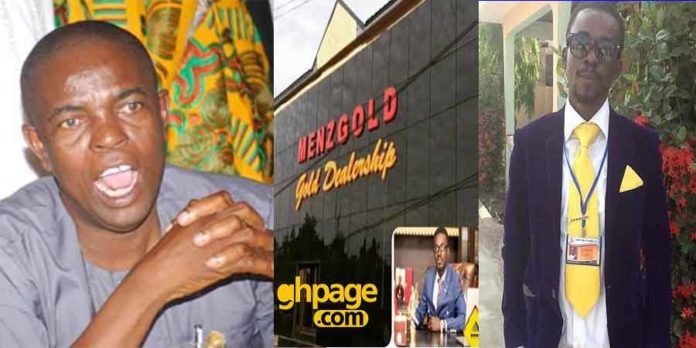 The managing director of the Insight Newspaper, Mr. Kwesi Pratt Jnr has hit hard at people criticizing and accusing the government of Ghana of deliberately trying to collapse Menzgold owned by Nana Appiah Mensah.

According to Kwesi Pratt, Taxi drivers, market women and every citizen of Ghana is regulated and have rules to follow laid down by the state, therefore, Menzgold has no right to demand to be left alone. They are not above the law.

The veteran journalist revealed that Bank of Ghana has been chasing Menzgold formerly known as Menzbanc for 4 years to regularized their operations but they kept dodging.

Kwesi Pratt asked Menzgold to give back the gold to their depositors if they are saying they just take gold deposits.

SEE ALSO: Tracy Sarkcess and 4 other celebrities who are solidly behind Menzgold

He also called on the Nana Appiah Mensah’s Menzgold to go to court if they think the Securities and Exchange Commission and Bank of Ghana are intentionally sabotaging them.

LISTEN TO KWESI PRATT BELOW

Menzgold has been directed by SEC to shut down operations for operating without a license. In a letter dated 7th September, the Securities and Exchange Commission directed Menzgold to stop taking deposits from individuals because it’s a violation.