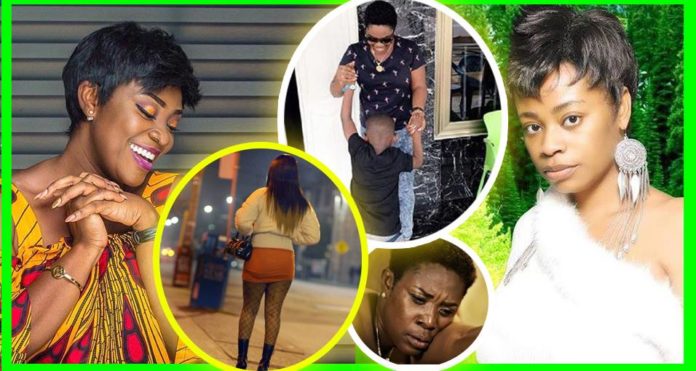 She described Emelia as a thief, cheap girl who does not know the fathers of her two kids.

Among the several allegations she leveled against Emelia, there are some things Frema said, that is not true.

Ghpage.com, however, wants to bring to light some of the false information Frema leveled against Emelia.

1.Frema’s claim: Emelia gave birth in SHS
Truth: Emelia Brobbey didn’t give birth during or right after she completed SHS

Frema said that Emelia gave birth when she was in SHS. She added that Emelia was a cheap girl who was sleeping with almost all the students which resulted in the pregnancy.

In actual fact, that’s not true. For what Ghpage.com knows, Emelia got married before she conceived her first child. In her own words;

“I got married in 2010, things didn’t work out; the marriage lasted for two years and in 2012 I got divorced. I mean documents signed by both partners agreed. Ever since I’ve dated and had a baby but I never got married again,” she explained.

Frema in her incessant jabs claimed Emelia has not done anything for her family and is rather ‘throwing herself about’ as if she is worth millions.

However, checks by Ghpage.com indicated she has done a lot for her mother who always appreciates her for building a five-bedroom house for the family.

Frema indicated that she has never gotten married before and thus do not have the moral right to mock Nana Ama McBrown’s marriage. That’s not true as we have explained already.

4.Claim: The doctor Emelia had her second son with —ditched her because she was a thief.
Truth: Emelia did not break up with the doctor on that basis.

Several factors caused their break up. The doctor had his version and so as Emelia. [READ ALL HERE]

In fact, Frema made several allegations which in a hindsight, isn’t entirely true. Few are what has been stated above, if you have more, you can state them in the comment section below.

Also, read;‘Stealing a bracelet’ to a ‘husband snatcher’ ~Five scandals that nearly broke down Emelia Brobbey