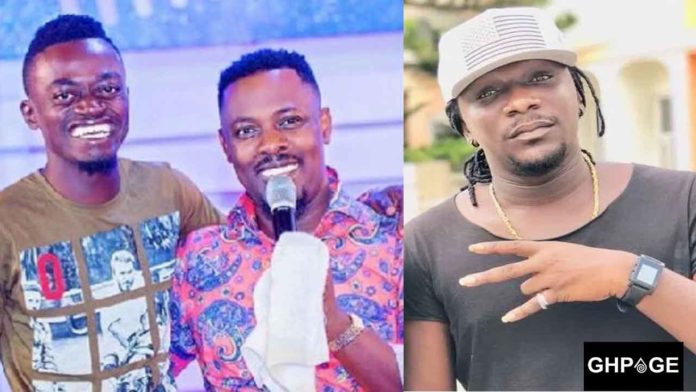 In an interview, Lilwin revealed that his first time meeting Nigel Gaisie, who is the General Overseer of Prophetic Hill Chapel was the day he made the ‘juju’ prophecy involving Zack.

According to the comic actor, he knew the so-called prophecy from Nigel Gaisie will not manifest because he is protected by God and therefore he wasn’t perturbed by it.

He also stated that he never confronted Zack about the said prophecy adding that they have always been brothers.

Lilwin added that his issue with his former manager was personal and had nothing to do with Nigel Gaisie’s prophecy.

According to him, he is ready to settle his issues with his former manager and also to work with him again.

This comes after a former junior pastor of Nigel Gaisie disclosed that some prophecies he made about some Ghanaian celebrities were staged.

The former junior pastor known as Kakra revealed that Nigel Gaisie uses these fake prophecies about celebrities to attract members to his church and also to exploit them.

It will be recalled that Prophet Nigel Gaisie, some months back claimed that Zack GH has taken his former artiste Lilwin to ‘juju’ to destroy his career.

After this prophecy, Zack denied all these allegations and also confronted Nigel Gaisie about the prophecy where he (Zack) was later arrested.

Nigel Gaisie is the latest man of God who has been exposed by Hon. Kennedy Agyapong as a fake and evil pastor.