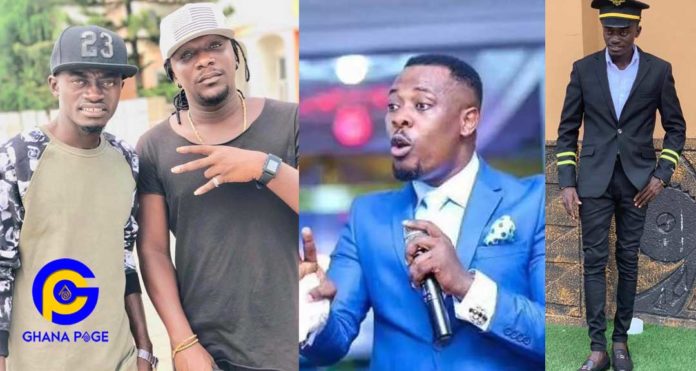 Prophesying to Lilwin at his church, Nigel Gaisie mentioned the name of Zack and asked the Kumawood poster boy who he is and his relationship with Zack.

SEE ALSO: “If Menzgold snaps back, I will reinvest” -Lilwin

Kwadwo Nkansah Lilwin revealed to Nigel Gaisie that Zack is his former manager that was when Nigel Gaisie revealed to the actor he has taken him to juju and has had his voiced locked with a padlock.

Lilwin who appeared not surprised kept shaking his voice to the prophecy from the controversial man of God.

Less than two years ago, Zack was the closest person to Kwadwo Nkansah Lilwin. No one gets to Lilwin without passing through Zack. Describing their relationship on social media, Zack wrote:

Within you, I’ve found the perfect friend
Someone who I know will be there till the end
And they’re not just thoughts I hope will fulfill
But thoughts that will stand forever still

As it stands now, what caused their break has not been revealed by any of the factions but from all indications, it was bad.

SEE ALSO: How Abeiku Santana connived with Lilwin to arrest a blogger

Interestingly, even child in Ghana knows Zack was the manager of Lilwin so it’s shocking Nigel who is always with the celebrities, has bloggers he pays and has access to the internet claims he does not know who Zack is. Well, when God was speaking with him I was not there…lol