Video: Maame Serwaa Chronicles how she became an actress, Talks about life, and Relationship

Video: Maame Serwaa Reveals How She Became An Actress In A Personal Life Revealing Interview 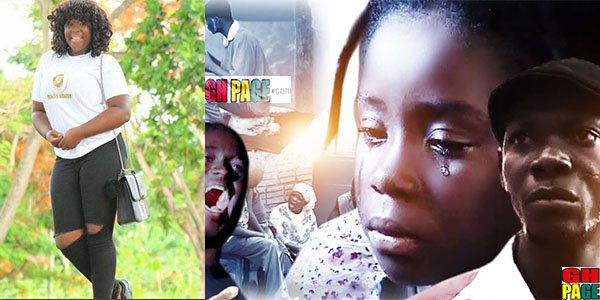 Young Kumawood actress Clara Benson who is stereotypically known as Maame Serwaa has revealed the circumstances that led her into acting.

Speaking in an interview in on Utv’s ‘atuu’ the Kumawood actress indicated that through her mother she steered into acting at the age of 6.

According to her, even at such a tender age, she will be practicing on some acting skills in front of a mirror until one day she went on set with her mother who was then a welfare manageress of the movie production,Efie Mponi.

The young actress continued to narrate that, whiles at the hotel,the producers of the movie were waiting for the cast who was supposed to play a role of a child in the movie,failed to turn up.

The director(Jones Agyemang) then advised the producer (Joseph Mensah) that they use Maame Serwaa as a quick fix for the child cast who had failed to show up.

READ ALSO:Photos: 6 African Child Stars Who grew up to Be Incredibly beautiful

Upon deliberations, they agreed to use her as a replacement. She was cast in the movie and originally was supposed to play only two scenes —but she stated, her sterling performance in those two compelled the producers to add three other scenes, making it five.

It was after that,other movie producers got to know about her and started using her in several other productions.

On relationship, the actress indicated that she is indeed dating and the one she is dating is God.

READ ALSO:Photos+Video:Maame Serwaa Shed Uncontrollable tears at her mother’s one week memorial as Kumawood stars throng to her support

Maame Serwaa hails from the western region,Nzema.She is the only daughter among other two siblings (boys).She is a graduate of Serwaa Nyarko Senior High School.