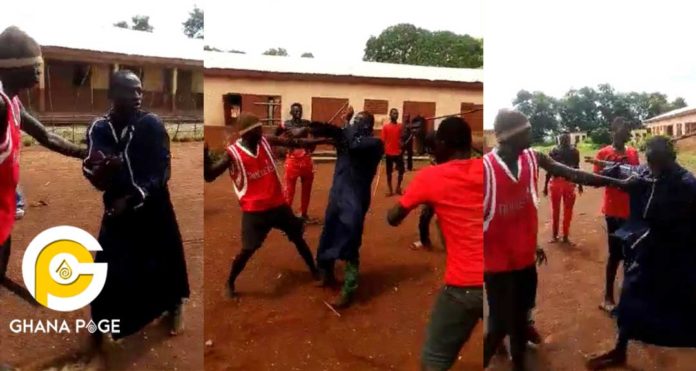 An angry mob in the Northern Region of Ghana has angrily lashed a fake Mallam who has been parading himself as the answer to all problems on Facebook.

According to sources who spoke with Ghpage.com, the fake Facebook Mallam advertised his service as usual on social media and another victim fell for his lies.

The victim parted with GH¢600 which the Mallam chop and blocked him after receiving the money. Sadly for the Mallam, he was tracked down by the young man and his gang.

They descended on him with knives and sticks. Before he was recused by some men, he had received .the beatings of his life

For a couple of years, no group of people irritates on social media than Mallams. The claims to have powers to resurrect even Micheal Jackson from death. You block them today, they will come back stronger tomorrow with a new account. Next time they will be study…lol