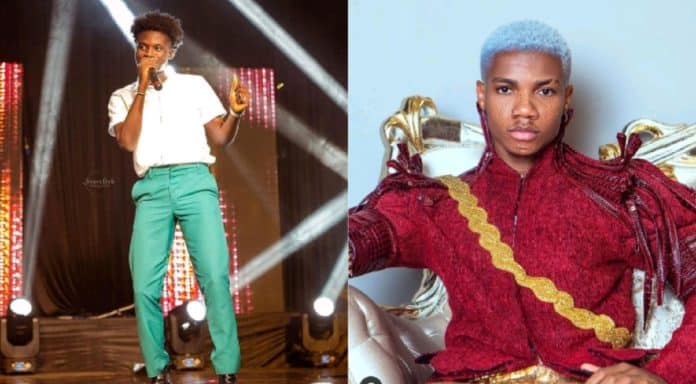 Kuami Eugene has advised his colleague label mate who performs under the stage name KiDi, to stop answering questions about him during interviews.

The “Angela” hitmaker made these submissions during an interview he had with GHpage‘s Rashad in Kumasi.

According to Kuami Eugene, it’s past time KiDi realizes that Ghanaians will always twist his words to fit their narratives in order to make him appear as a bad person for their own smear campaign.

READ ALSO: He doesn’t look like me in real life – Kuami Eugene on his look-alike

Kuami Eugene also stated unequivocally that he will never grant an interview to talk about KiDi hence the “Touch It” hitmaker should also learn to do the same thing.

Meanwhile, KiDi, has vowed never to talk about his label mate, Kuami Eugene, any longer after his last comments about how he speaks were taken in a bad fate.

READ ALSO: Kuami Eugene gives the motive behind the name “Afro Highlife” on his EP – Video

According to him, anytime he speaks about Kuami Eugene, he gets offended and this causes confusion and internal wrangling at Lynx Entertainment. He made this revelation during an interview with Abeiku Santana.