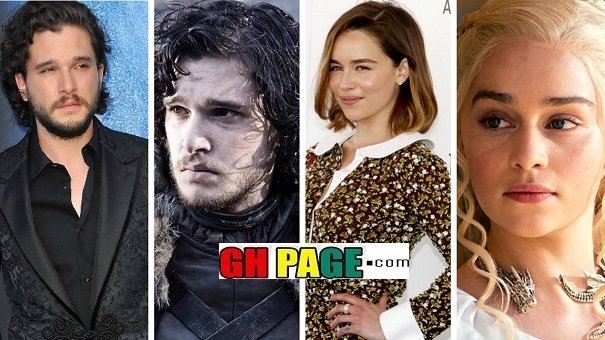 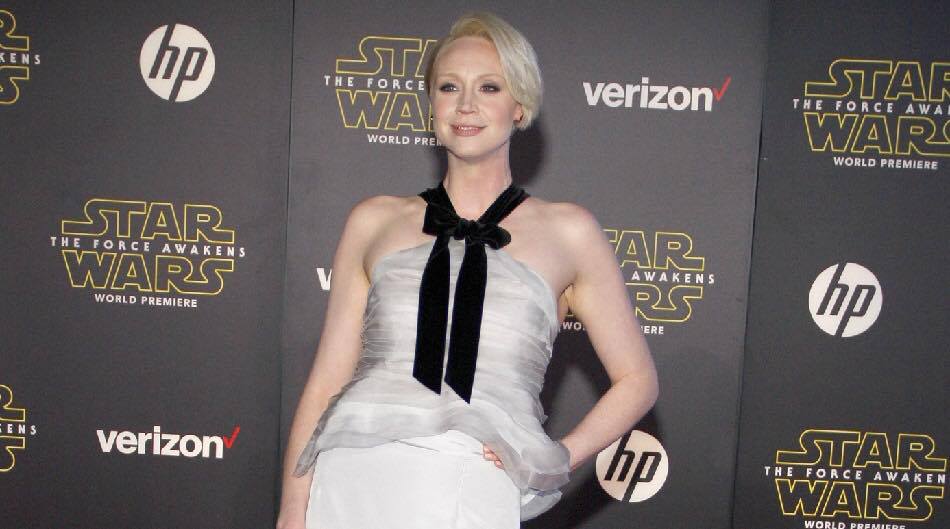 Born 28 October 1978, Gwendoline Christie who is 6 ft 3, is not surprisingly also a model. Although acting for some time, her breakthrough role came in the third episode in the second season of GOT. She also played Captain Phasma in “Star Wars: The Force Awakens” and “Star Wars: The Last Jedi.” She has been dating designer Giles Deacon since 2012. 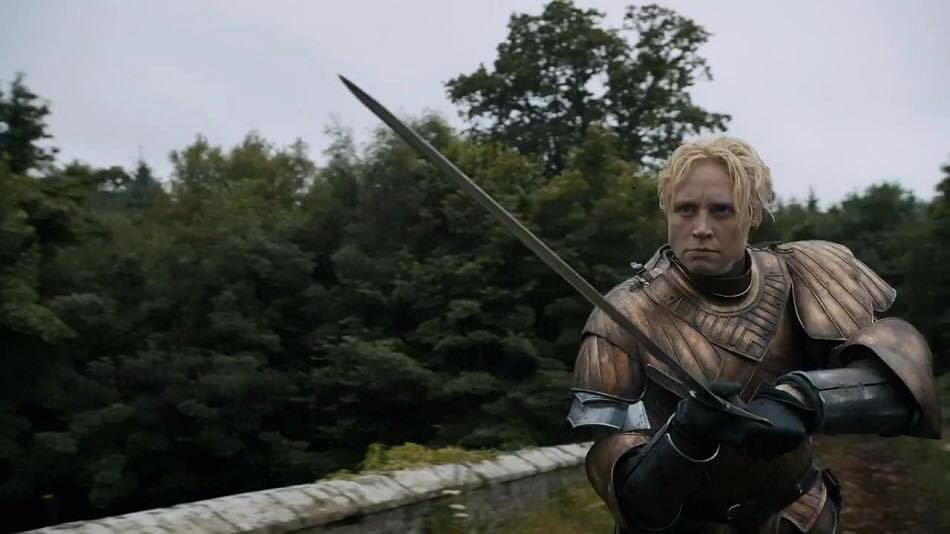 Brienne is the sole surviving child and heir of Lord Selwyn Tarth of Evenfall Hall, on the island of Tarth. She is a tall and muscular and was a tomboy as a child. Brienne is a skilled fighter and wants to become a knight. 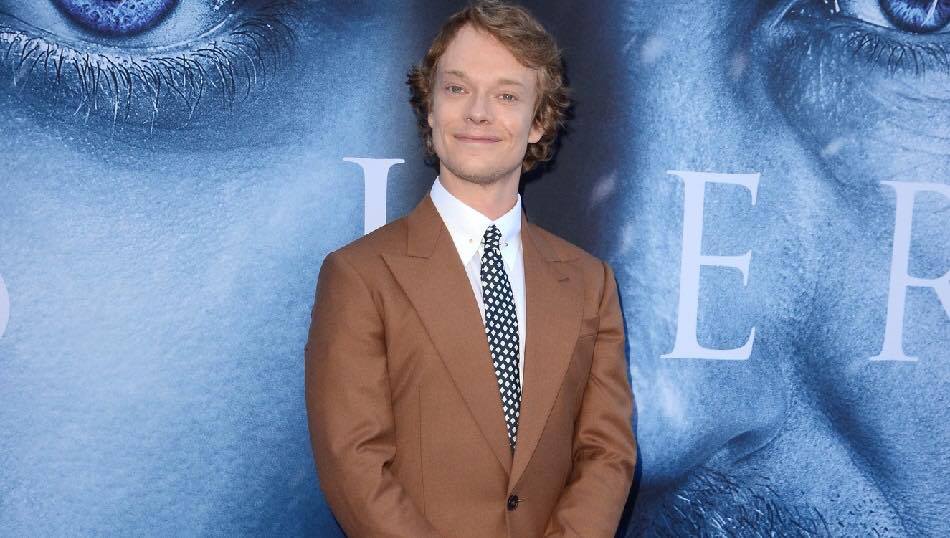 Alfie Allen, born 12 September 1986, auditioned for the role of Jon Snow but got the part of Theon instead and came to international attention on GOT in 2011. He is dating DJ Allie Teilz. 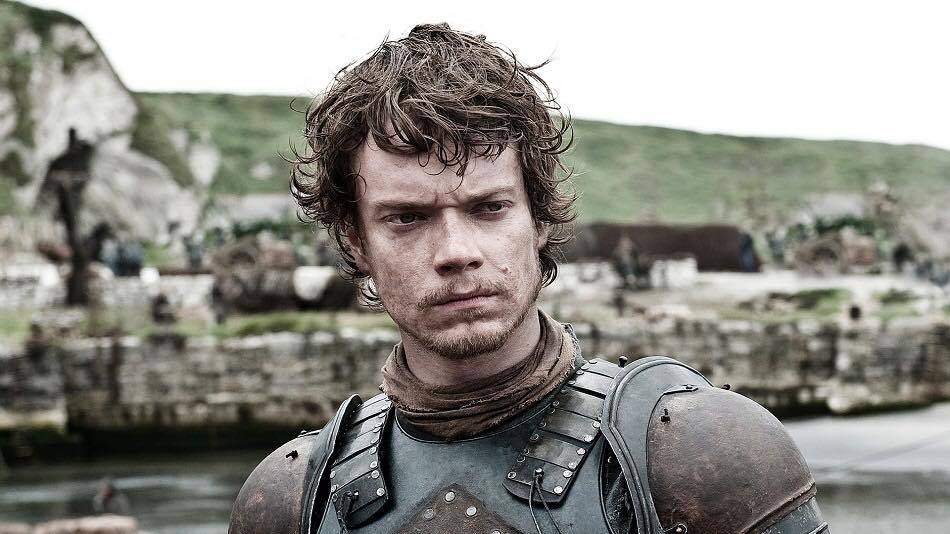 Theon Greyjoy is the only living son and heir of Lord Balon Greyjoy of the Iron Islands, and younger brother of Yara. Following his father’s failed rebellion against the Iron Throne, Theon is taken as a hostage/ward to Lord Eddard Stark of Winterfell. 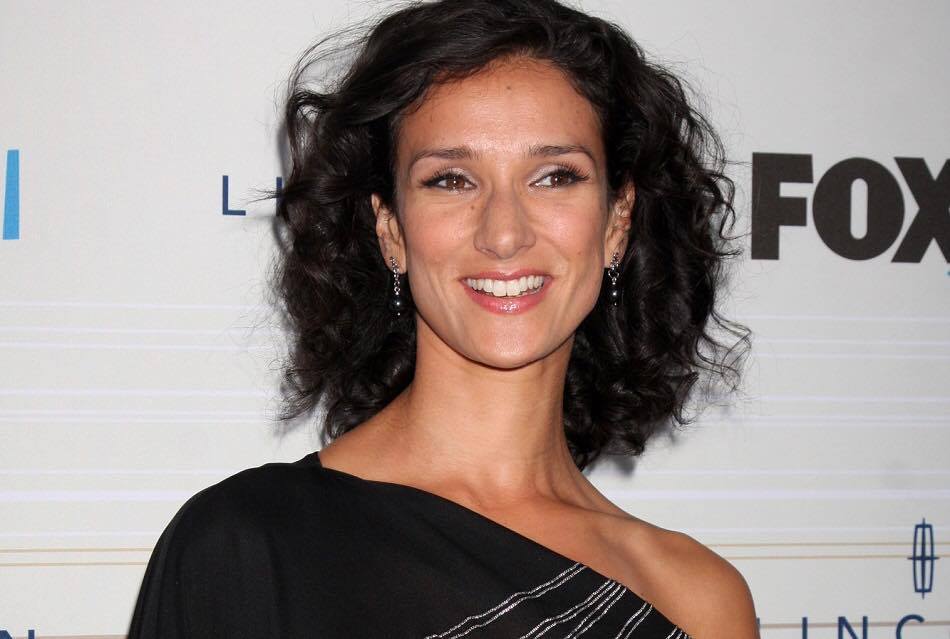 Born 27 September 1973, Indira made her film debut in Kama Sutra: A Tale of Love. She has gone on to appear in the television series The Canterbury Tales, Rome, Luther, Human Target and Game of Thrones She is married to actor Colin Tierney. 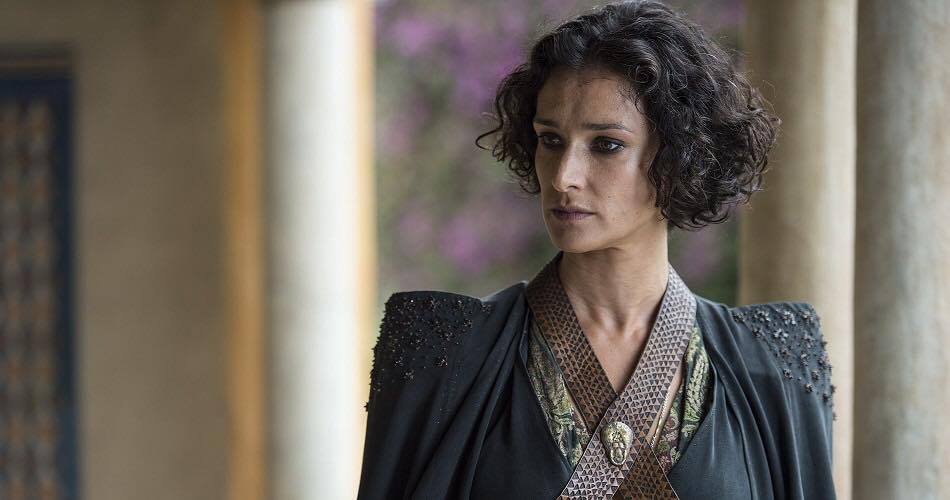 Ellaria Sand was Prince Oberyn Martell’s girlfriend. After Oberyn’s death while defending Tyrion Lannister, Ellaria advises House Martell to go to war with House Lannister, but is refused by Oberyn’s older brother. Ellaria is eventually captured by Euron Greyjoy and sentenced to life in prison.

Born 5 September 1976, Carice is also a singer. While primarily starring in Dutch films she did appear in a few English language movies. Her breakout performance came in GOT. After meeting Australian actor Guy Pearce on the set of Brimstone in 2015, she gave birth to their first child the following year. 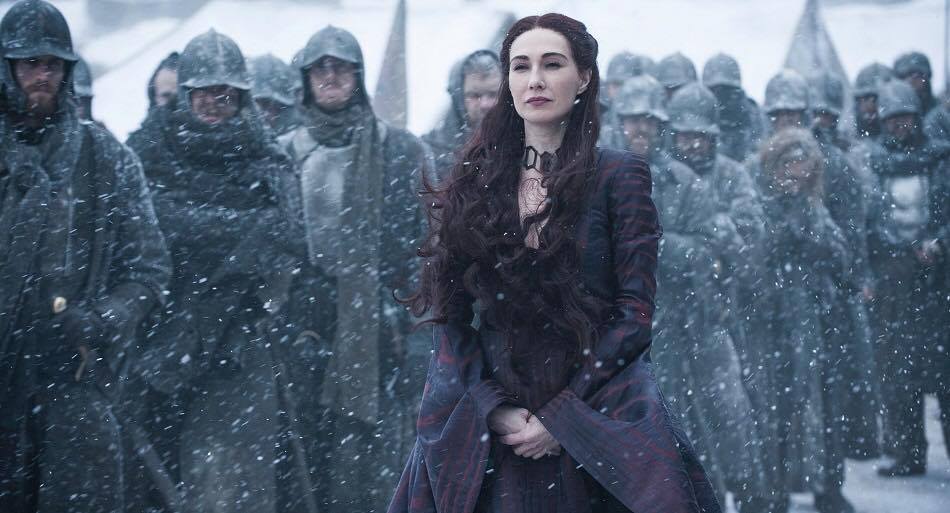 Melisandre, referred to as the Red Woman, is a Red Priestess in the religion of R’hllor, and was a close counsellor to Stannis Baratheon in his campaign to take the Iron Throne. She then revives Jon Snow after he is murdered, and serves Jon as an adviser until she is banished from the North.

However, she later unites the newly crowned King in the North with Daenerys Targaryen, because they both have an important part to play in the Great War.

Scroll  down and flip to next page to continue reading

Prostitution is prostitution and has always been like that until the emergence of technology and everything changed. Society has...
Read more
Lifestyle

Hushpuppi arrives in the US; charges include attempts to steal $124 million from an English Premier League Club

A popular Nigerian pastor has been caught red-handed by the woman's husband and other relatives. The man of God...
Read more
Lifestyle

Today was the final funeral rites of the Favorite Mc’s MC, Kwadwo Wiafe of Despite Media who died a few weeks ago
Read more
Lifestyle

A popular Nigerian pastor has been caught red-handed by the woman's husband and other relatives. The man of God...
Read more
News

Popular Ghanaian socialite, Hajia4Real has through her lawyers ordered the Ashanti Regional NPP Chairman, Chairman Wontumi to apologize to her within 24...
Read more
Entertainment

Sad scenery as mother, Kwame Despite and others mourn Kwadwo Wiafe

Among the many celebrities that have passed within the last five weeks is Kwadwo Wiafe and the family, friends, and sympathizers mourn...
Read more