A popular actress by name Tracey will be poisoned, Evangelist Mama will go mad soon 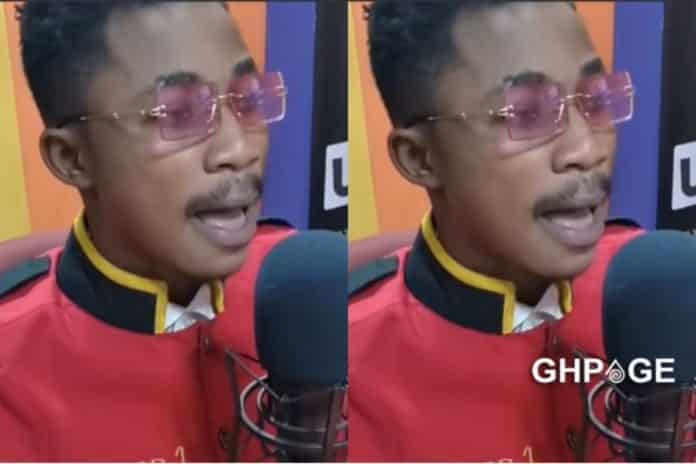 A budding Ghanaian prophet of God who goes by the name – SEER 1 General has courted massive attention on the internet by dropping a set of deadly prophecies.

As claimed by SEER 1 General who has nicknamed himself Spiritual IGP, a rich actress with the first name Tracey will be poisoned.

SEER 1 General only revealed the first name of the yet-to-be-poisoned actress but refused to mention her second name and also drop other vital information about her to give Ghanaians a perfect clue.

He went on to add that a certain woman with the name Evangelist Mama will also go mad.

SEER 1 General only emphasised the first names of these people which are (Tracey & Evangelist Mama) – He refused to go into details about these persons.

The so-called prophet of God intentionally mentioned the first names of these people in order not to endure the full weight of the law.

At the moment, we don’t know the exact people SEER 1 is talking about – We are just reporters of his deadly prophecy.

Below are some of the comments gathered under the video;

Jonathan Njali – Today’s comedy na tooo much .Not easy to claim what is not yours. So called prophet

Frimpong Andrews – Its not your fault . When politics and christianity joins then hunger strike. Then people turn to faith and religion believing God will do. Then some will capitalize on the ignorance of the poor people . Hard economy

Ernest Kwame Fosu – Wen nsawam prison is calling your name, u will do anything to arrive there.