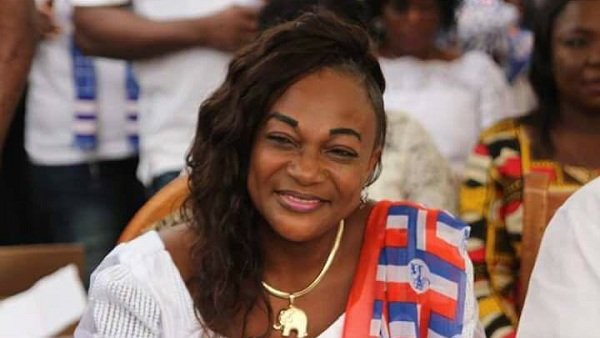 One of the most trending news in the world of politics in Ghana is the resignation of former minister for Gender, Children, and Social Protection Mrs. Otiko Afisa Djaba.

The former minister has not online decline a post as the Ambassador to Italy, she has completely hung her boots from politics. According to her resignation statement, she wants to concentrate and take her of her ex-husband who has suffered a stroke.

But the NDC has put out an entirely different reason why Madam Otiko Djaba resigned. According to the NDC in a statement put out on Facebook which is yet to be confirmed.

According to the leading opposition party, Otiko Djaba had a brawl and a near fist fight during a meeting at the Jubilee house in the presence of the president of Ghana, Nana Addo Dankwa Akufo-Addo and Freddie Blay, the chairman of the ruling NPP.

Below is the full statement put out by the opposition NDC

Before the NPP congress, Akufo Addo issued a directive to all his appointees to support and vote for Freddy Blay. Otiko defied and ignored that directive, telling Nana Addo, “We are not robots and cannot be pushed about like kids” and went ahead to support Stephen Ntim.

Otiko was then summoned to the Flagstaff house after the Koforidua congress hence queried for disobeying the president before Freddy Blay and John Boadu. Otiko got angry and had serious exchanges with the president and Freddie Blay. Out of anger, she told Freddie Blay to stay out of NPP matters and took her bag and angrily walked away.

Otiko’s behavior before the president angered him so he made the decision to reshuffle her out of his government completely but at that moment John Boadu quickly reminded him that Otiko was one of the few Krobo’s in government and thus kicking her out could send bad signals to the Krobos.

The Upper East Regional minister was the one originally penciled for the role of ambassador to Italy but a decision was made to rather send Otiko to Italy.

Otiko was not informed of the reshuffle. She only heard her reshuffle on radio and said, “this man is vindictive”. She subsequently told her friends that she is not going to accept the appointment and will bow out of politics entirely but promised to teach Akufo-Addo a lesson.

SEE ALSO: Boakye Agyarko, the Energy Minister has been sacked by Akufo-Addo; The ‘stinking’ Ameri deal and the alleged parliamentary “bribe” could be the reasons