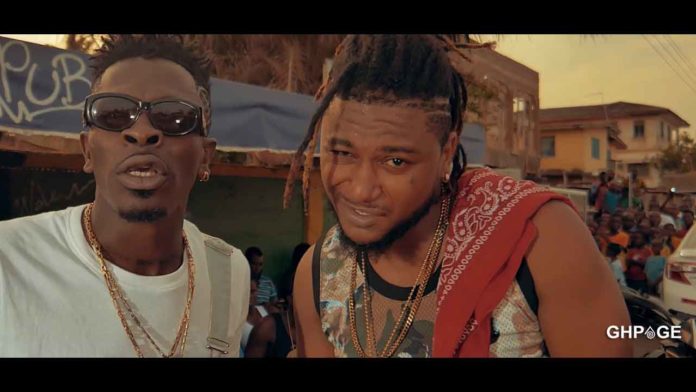 Shatta Wale and his militants are in the news again and this time the SM boss confirmed rumours that he had sacked them and unveiled why.

A few days ago, news broke that Shatta Wale had sacked Natty Lee, Captan, Addi Self, and Joint 77 who made up the militants group.

According to Shatta Wale, people on the outside are now finding out there has been a fallout but the militants have been on their own since January.

Speaking in a tone that suggested he was hurt, Shatta revealed that the reason behind his fallout with the group is the fact that they betrayed him by spreading lies about him.

In the video, Shatta Wale called them lazy and wack and wasting the opportunity he gave them to be a part of his movement.

Furthermore, Shatta Wale lamented that the militants find it hard churning out good music and all they do is keep riding on his wave.

The Shatta Movement Boss stated that his decision not to support any upcoming talent is as a result of the ungrateful behaviour of people like his militants.

He further revealed that Addi Self set in the motion the entire rebellion against him by lying to someone in the US that he does not give the militants what is due them from the proceeds of their music.

He warned the militants to not dare go live and badmouth him else he was going to beat them upon meeting them.

He advised them to muster all their efforts in improving their craft as musicians and stop wasting their time by trying to disgrace him.