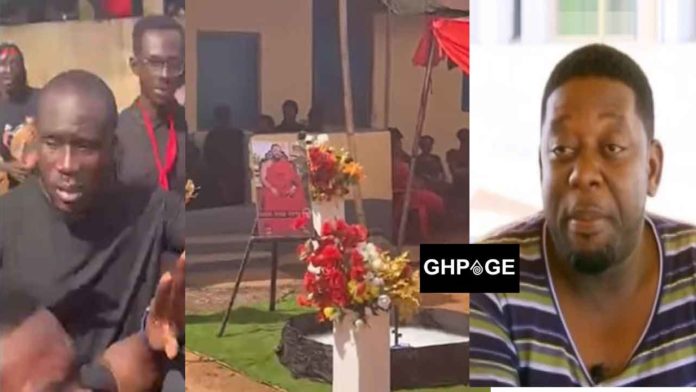 Today marks the one-week celebration of popular Kumawood actor Osei Tutu who passed away after battling a short illness.

The death of the famed actor came as a huge blow to his family and, especially members of the movie industry and his family.

Colleagues in the movie industry, friends, family and loved ones came in their numbers to mourn with the bereaved family.

On 17th May 2022, the demise of popular Kumawood actor was reported after battling a short ailment.

In an exclusive interview with Tutu’s mother, she revealed that nine pins were removed from his throat before he passed away.

She further disclosed that his death was a spiritual attack by some members in the movie industry.