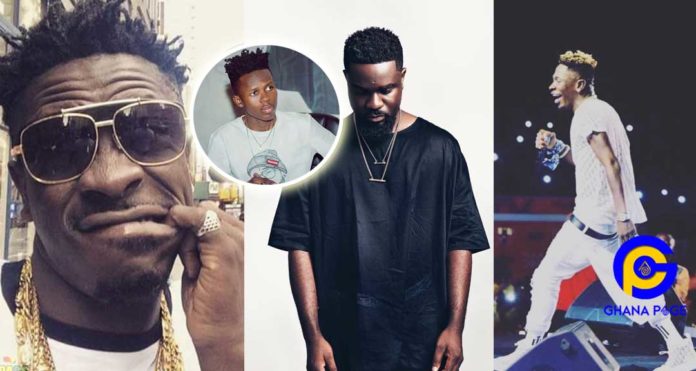 Shatta Wale, the self-acclaimed Dancehall King has waded into the ongoing discussion about Sarkcess Music finally parting ways with its signee, Strongman after two years.

In a tweet shared by Shatta Wale who has declared war on Sarkodie, Shatta Wale revealed Sarkodie is broke with nothing to his name and that what he has been saying for the past 6 months is all true about Sarkodie. Shatta Wale claims that is why Sarkodie couldn’t maintain Strongman at Sarkcess Music after just two years of working together.

SEE HERE: Strongman mocks Sarkodie after he ‘kicked him out’ of Sarkcess Music

The self-acclaimed Dancehall King explained that spending on an artist you managed shouldn’t be seen as stress to you if you are rich because your spending is actually an investment hence one can only complain and cease spending when he is broke.

Shatta Wale seems to suggest to Sarkodie to admit he is broke and for peace to rain. To him Sarkodie is broke; he is just putting up appearances.

“If u get money as an artist You won’t worry when pushing a talent ..it’s an investment from the money you have made but if you can’t push then my nigga you broke ass ??????”

SEE HERE: There’s pressure on me at SarkCess Music – Strongman

Strongman joined Sarkodie in 2017 on a two-year contract. For the past year, there have been allegations that Sarkodie as the head of management has neglected Strongman and has not given him the needed attention. Some even alleged Sarkodie signed Strongman to kill his shine when he realized Strongman was better than him.