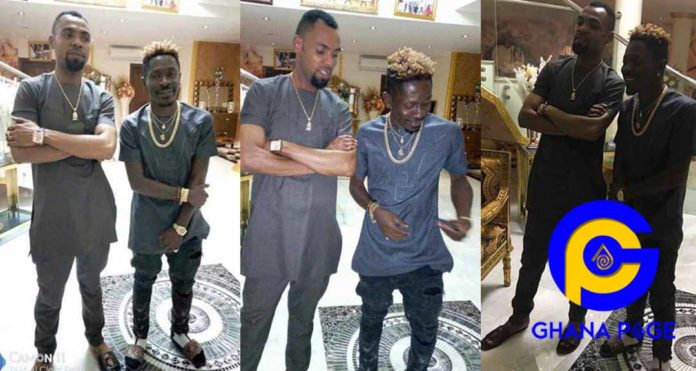 Finally, Shatta Wale has paid a courtesy call on Reverend Obofuor, the founder and leader of Anointed Pace Chapel to thank him for all the good things he says about him at his church and even the live band sessions he sometimes has in his church with his songs.

Shatta Wale was given a royal tour of the newly acquired $3 million dollars mansion of Rev. Oboufor at Trassaco Vally, the rich suburb in Accra.

Although Shatta Wale has a poor relationship with some pastors in Ghana, he appears to have a sound relation with Obofuor and it has not shocked many people the two met.

Photos from their meeting have garnered a lot of reactions on social media with people describing it as the meeting between the richest musician and the richest pastor affair.

Well, Check out more photos below

By the way, Rev. Obofour aka Asanteman Bofuor has launched a new Rolls Royce Phantom 2019 model and placed it on display a couple of days ago.