Ever since the video of several women queueing to buy a herbal juju meant to charm men from a woman went viral yesterday which subsequently lead to the arrest of the said woman by the Food and Drugs Authority, many have been wondering who the woman is.

From what Ghpage.com discovered and reported earlier, the woman is called Mama Gee and she calls her shop, Mama Gees Empire. The shop is located at Madina Rawlings Circle around the NHIS.

According to Mama Gee, she sells herbal products that elevate the va*gina and make men fall in love and provide everything the woman demands.

Some Ghanaian ladies videoed buying favor and Charm medicine — to obviously Charm men ! I knew of for girls.. now it’s for boys ?

From what has been advertised, it is straight juju she is selling to the woman to charm not just single men but also any married man they desire

People have been dying to take a glimpse of the said “Demon”, Mama Gee who wants to give Slay Queen the chance to steal their husbands, boyfriends and make their brothers “Mumu”.

SEE ALSO: The expensive price list of Mama Gee’s juju that Slay Queens use to charm men leaks online after her arrest [SEE]

Well, Ghpage.com has obtained some photos of Mama Gee for you. Check her out some more photos below

Ghpage.com is following the story for an update since her shop was locked up and arrested by the police. We will keenly for the story and keep you updated. 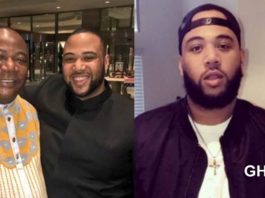 You never gave up on me when everyone told you to-... 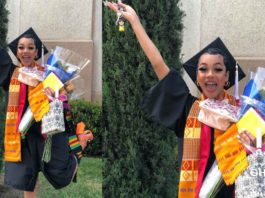