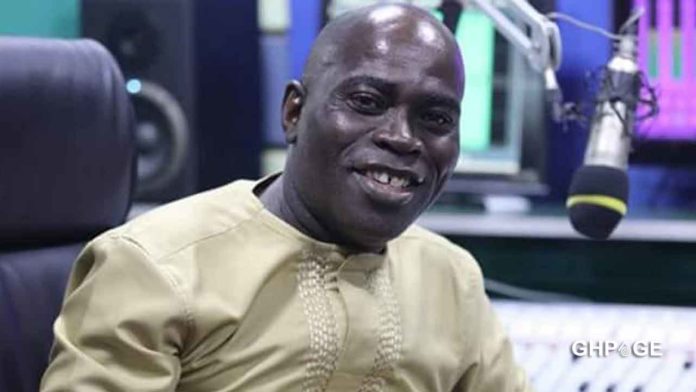 The death of veteran journalist Daniel Agyei Peprah widely known in the media landscape as Nana Agyei Sikapa, in fact, has come as a shocker to all Ghanaians.

Who ever though that a day like this would come where a great personality like Nana Agyei Sikapa will be counted among the dead?. Hmmm.

According to the report, he died this afternoon, June 19th after a ‘long and difficult’ illness.

The media personality has been a very strong pillar at Peace FM for years and he is one of the favorite voices on radio in Ghana.

Following the shocking death of the darling voice of radio Nana Agyei Sikapa, some social media users have reacted expressing their shock when the news went viral.

READ ALSO: Kwadwo Wiafe of Despite Media Company passes on

See some comments below:

abankwahesther.ea: “Am really saddened and in a state of disbelief. A great Historian. I learnt a lot about our culture through his his programs. The Lord knows best,may he rest in peace. My condolence to the Despite Group??”.

His death comes weeks after Kwadwo Annor Wiafe passed on. This is indeed a big blow for Despite Media Group. RIP Nana Agyei Sikapa. Damirifa due!