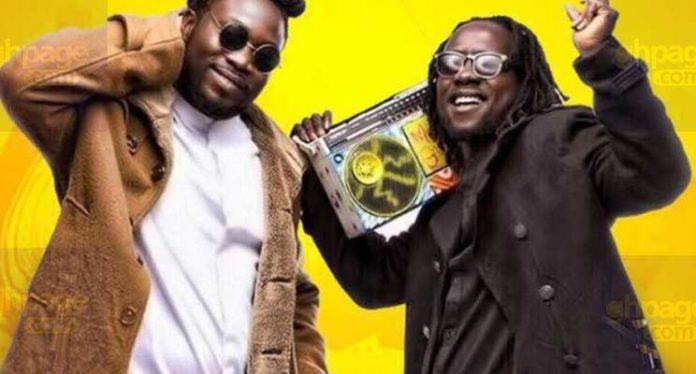 Best Group of the Year at this year’s Vodafone Ghana Music Awards(VGMA), Wutah reunited last year after a long break up and their hit song Bronya enjoyed massive airplay.

But after VGMA, Wutah made up of Wutah Kobby and Wutah Afriyie, seem to be busy promoting their solo projects.

Wutah Kobby somewhere last week was actively promoting his new social media pages as well as his songs and this raised questions about whether they have gone their separate ways again.

But according to Wutah Afriyie, there was no need for people to think of a separation because they are pursuing their solo projects.

“The trend has changed now and the fact that we are a group doesn’t mean we can’t pursue our solo projects. What we are doing is nothing new because the likes of Morgan Heritage are doing that.”

“As a group, Gramps and Peter Heritage still record their individual songs and get back together to work as a group.”

Read also: Nigerians descend on Nicki Minaj for jamming to a Ghanaian song

“Even in Ghana, we can mention the likes of R2Bees who have been doing their individual songs and yet release songs as a group. That is the new trend so I don’t think it is out of place if Wutah takes that path,” he said in an interview with Showbiz.

He further revealed that they are yet to release more hit songs to sustain their relevance.

“It is not as if nothing isn’t going on. We have stuff coming up. We just went on holidays and are back. Moreover, we have an upcoming tour with Kojo Antwi in the coming days and a lot of gigs as well,” he stated.

Read this: Police hunting for Pastor whose church member drowned during baptism at Weija

Wutah came into the limelight when they came second to Praye during the maiden edition of the Nescafe Africa Revelation (NAR) music competition over a decade ago.