Xandy Kamel blasts; threatens to curse Gloria Sarfo for being a hypocrite 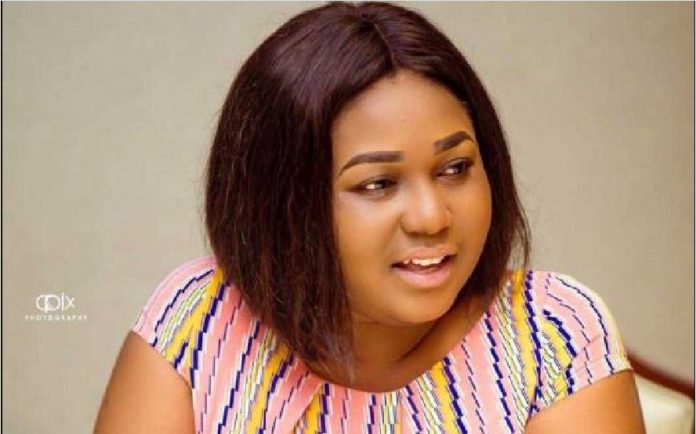 Controversial Kumawood actress, Xandy Kamel has descended heavily on her colleague Gloria Sarfo after she laid criticisms on her for removing her panties on live TV.

Xandy Kamel was recently in headlines and received many insults from Ghanaians after she intentionally removed her pant on a live television program when hosted by Kofi Adoma on his Kofi TV.

After the severe bashing from the public, the actress responded with an explanation of her actions revealing that she did so to educate Ghanaians on how sex scenes are being made in movies.

However, a special lashing came from the camp of Gloria Sarfo after the actress claimed it was a disgrace and insult for her colleague to remove her pant on a live TV program. And as we deemed Xandy has also replied her on social media with threats.

Read Also: I’m not ready to get a husband – Sister Derby replies fan

According to Xandy Kamel, actresses are being stigmatized due to roles they play in movies and some even went to the extent of losing their relationship, so it is ignorant for Gloria to criticize her educative demonstration on television.

The controversial actress continued to tag Gloria as a hypocrite claiming she(Gloria) in somewhere last year went into peoples DM to curse and insult them for speaking against her dressing.

She further revealed that her younger sister was a victim of Gloria’s curses and insults and admitted that she has screenshots of her mentioning ‘Antoa’, a river deity in the message she sent to her sister.

Xandy calling her colleague ‘madam curser” threatened that she and her family members will rain curses on her as payment for what she did to her sister last year.

Read her posts below…