Abena Korkor reacts after her name appears in GIJ exams 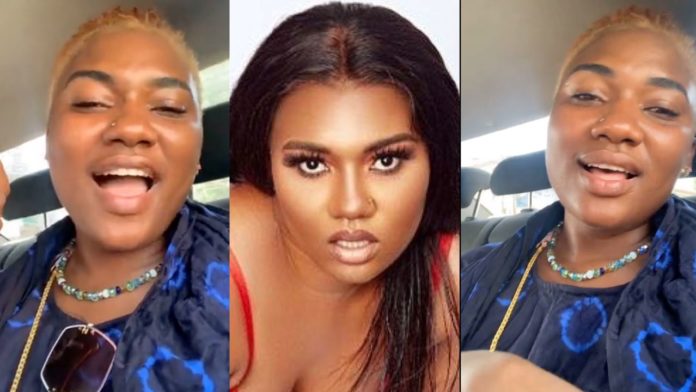 It’s been a while since we all heard of Abena Korkor but her long hiatus has been short-lived as she’s made the news once again after weeks of keeping a low profile on social media.

Despite the negativity linked with her name, it appears the socialite who lives with Bipolar disorder is seemingly making some positive impact in the scope of psychological studies.

Abena Korkor has become the latest subject of discussion in the educational sector as her name has popped up in the end-of-semester exams at the Ghana Institute of Journalism.

The quiz borders on her condemnable name publishing of high-profile men she’s had sex with – an act she attributes to a healing technique prescribed by her therapist.

The Tertiary students were asked to identify and discuss the therapeutic technique being employed by the therapist who was consulted by Korkor during the height of her bipolar disorder.

The question culled from a recent interview on Adom FM reads:

“Listen to her: “According to her, in one of her therapeutic sessions, her therapist asked her to mention names so she could be free. I didn ‘t want to mention some names and the therapist said Ijeel trapped so I should mention the names and feel free.

“From your knowledge of the theories of personality, identify and discuss the therapeutic technique being employed by the therapist.”

Abena Korkor shared a screenshot of the question on her Instagram page along with her reaction.

She caption the post: “I’m glad my experience is being used positively.”

Earlier this month, Abena Korkor sent the internet into a meltdown after she uploaded a nude picture of her on Instagram. It preceded the release of her explicit video the month before.

Apparently, Abena Korkor has fallen in love with the engagements she garners on the internet anytime she drops her nude pictures and videos.

We hope this new experience will not propel her to do more just for clout.