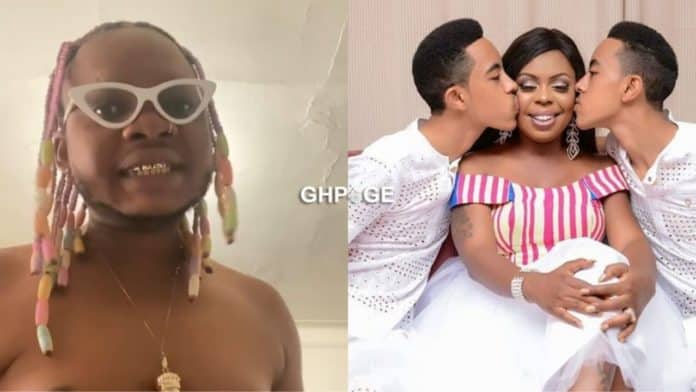 Nana Tornado’s bloodshed beef with Afia Schwar is not ending anytime soon because the two have added more fire to their already boiling feud.

In the Tiktok video, Afia Schwar boldly averred that Nana Tornado is gay and he also has a medical problem with his anus.

She further bragged that she’s the one who stopped associating herself with Nana Tornado because he’s above her class.

Nana Tornado has replied to Afia Schwar’s accusations that she belongs to the LGBTQ community.

In his rebuttal video, he also pinned Afia Schwar as a big-time lesbian who has slept with many ladies who come to her for mentorship.

And to add salt to injury, he also fingered Afia Schwar’s twin son, James as a gay who also sleeps with some big men in Accra.

Nana Tornado ended his rants by threatening to drop more bombshells on Afia Schwar if she keeps attacking him.

Afia Schwar will definitely reply to Nana Tornado’s accusations very soon and it’s certain that she will destroy him with all her might.