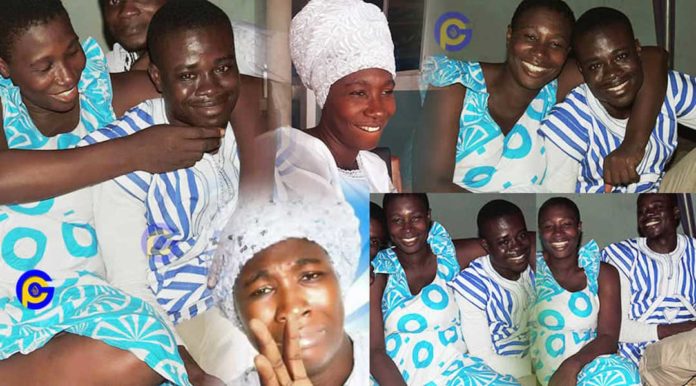 Ghanapage.com has chanced on audio believed to be between the former cook of gospel musician Cecilia Marfo and an ex-associate Pastor identified as Pastor Emma.

In the audio, the former cook identified as Godwin revealed a lot of secrets and evil things Cecilia Marfo told the other pastors about Pastor Emma after he left the church.

ALSO READ: Cecilia Marfo slept with her driver before she slapped me -Bro Sammy

According to Godwin, the ‘Afunuba’ hitmaker told the other pastors that Pastor Emma together with his mother used spiritual powers on her (Cecilia Marfo) to have sexual intercourse with her so he can get money from her to cater for his family.

Cecilia Marfo also disclosed that Pastor Emma is a demon who forced her to have sex with him.

“She told us that you and your family have intentions of destroying her and that you are an evil person. We even prayed against you seriously but I later found out that she had sex with another person which made me realize that is it something she often does and blame others for it”, Godwin revealed this to Pastor Emma.

ALSO READ: Cecilia Marfo asked me to put my manhood in her hands for prayers -Former cook

This is not the first time someone has accused the gospel musician turned prophetess of something evil.

Since the beginning of the year, gospel musicians, former pastors and workers of Cecilia Marfo accused her of using marine spirit at her prayer camp and also having sex with some of them.

Recently, Ghpage TV had an exclusive interview with the former cook Godwin and he revealed some interesting secrets about the musician.

According to him, he has worked with the musician for almost three years at her prayer camp and confirmed the allegation that the musician slept with her driver.

He added that Cecilia slept with her driver because she claimed her husband is possessed by an evil spirit which she cannot stand.

He also stated that the musician once ordered him to strip naked and put his manhood in her palms so she prays on it for him.

Well, stay connected to Ghanapage.com for exclusive updates as the story unfolds.