Praye is a Ghanaian hiplife trio made up of three members are Eugene Baah [Praye ho ne ho], Steven Fiawoo [Praye tiatia] and Nana Kwame [Praye Tenten]. The group was formed during the maiden edition of the Nescafe African Revelations. 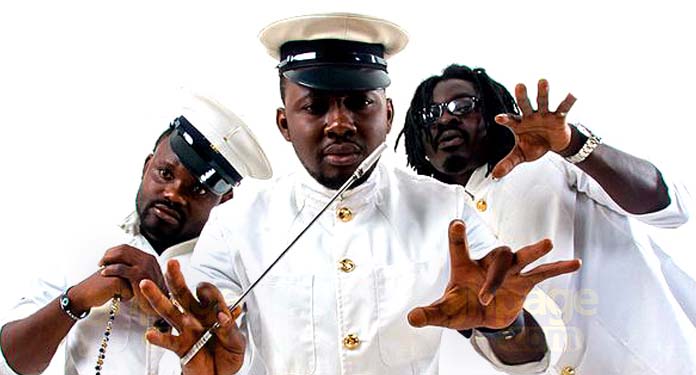 Their debut album, “Mfitiatse”, with the hit track ‘Shordy’ topped the Music Charts in Ghana for several weeks. In 2014, members of the music group went their separate ways.

However, Praye made up of Praye Tintin, Cartel Big J and Choir Master reunited on stage at the VGMA 2018 awards.

read also: Choirmaster Reunited With Praye Members Because Of Me – Wife Reveals

The group which broke up some years ago with Praye Tintin been the first to leave the group Choir Master and Cartel Big J tried their best to keep the group going but it didn’t work which made them to also pursue their individual solo project which also didn’t go well for them.

Their performance together at the 2018 Vodafone Ghana Music Awards took Ghanaians by surprise after going their separate ways for almost five years with music enthusiasts overjoyed over their reunion.

Seems we mistook their performance together as they have been able to sort out their differences but that is not what is as Choirmaster who doubles as an integral member of the ‘nagging’ music group said in an interview that Praye as a music group is still hanging in the air for they’re not really together despite their group performance at the 2018 VGMAs.

There’s good news now as an integral member of the Praye group, Stephen Fiawoo, popularly known as Praye Tia Tia, says the group is back for good under the management of EKB records owned by Kiki Banson.

According to Praye Tia-Tia, the group is now matured and they have put their past behind them.

Praye Tia Tia, who rebranded to Cartel Big J after group members went their separate ways a few years ago, told Joy News‘ MzGee that their maturity would reflect in their new songs.

“The maturity will be felt in our compositions; even the way we behave when we are in the studio has changed. A lot has changed and it is for good. When you grow, you grow for good,” he stated.

Praye Tia Tia was uncertain if the group’s bane was lack of maturity when they went their separate ways.

He said, “We were young and when you are young so when you are growing you mature and you learn from your mistakes you’ve done in the past and bettered it. I will say we are in a better place.”

An official announcement is said to be made in the coming days.