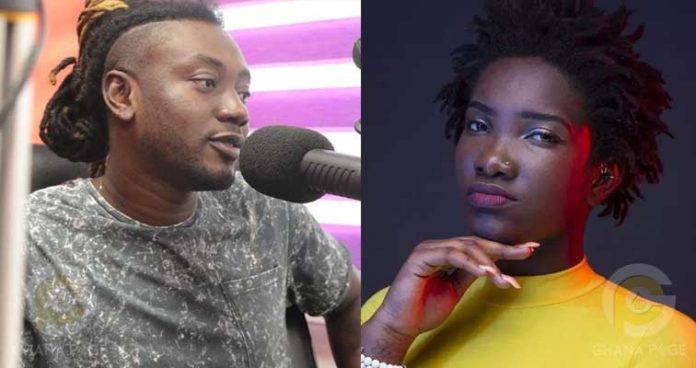 Ghanaian hip hop and hiplife artist recording artist from Takoradi, Jason Gaisie known in the music industry as Pappy Kojo, yesterday incurred the wrath of Ghanaians with his harmless post on Twitter.

Read also: New photos of Ebony in SHS pops up on social media

His description provoked the anger of some showbiz enthusiasts as his opinion was greeted with mixed reactions. Below are some of them.

Hypocrisy, how can she be the greatest, what impact did she make… masa don’t use her dead as an excuse, she was good but never ever the greatest.. I guess you don’t understand the word Greatest

If you be man , just give me your location and you will see the performance right now.. ??

I DEY ITALY IF U BE MAN FLY COME THERE

She is the only female artiste to win an artiste of the year….. So yes until a new female artiste pops up ….then She holds greatest the crown as the greatest….

Masa adey your back

GREATEST FEMALE ARTIST OF ALL TIME??

Have you heard of Esther Smith?

Did she win Artiste of the year???

Of late what you dey smoke?

Read also: My beef with Ernest Opoku was for hype – Bro Sammy reveals