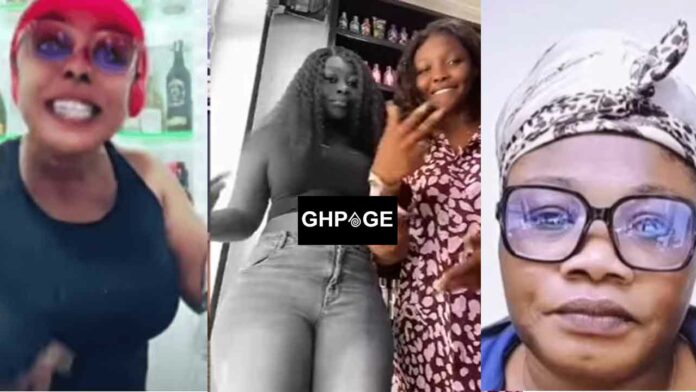 The daughter of UK-based TikTok star Linda Osei popularly known as Maa Linda has reacted to claims of sleeping with a married man.

Maa Linda’s daughter Rocklyn Osei also known as Sexy Journalist is not perturbed about Afia Schwarzenegger’s accusations about her being cursed for having a sexual relationship with a married man.

According to Sexy Journalist, she doesn’t have time for unnecessary drama as she is busy loving her boyfriend.

The young girl neither confirmed nor debunked the rumours but made it clear that she will not entertain irrelevant gossips.

“When you’re in love, I don’t think you will entertain unnecessary gossips. I’m busy loving my boyfriend, I don’t have time for unnecessary drama”, she wrote.

Media Personality and comedienne Afia Schwarzenegger have rekindled her long-standing beef with Maa Linda after she blamed her (Maa Linda) for masterminding for one of her adopted children to be taken away from her.

The comedienne also alleged that Maa Linda’s first daughter has been cursed for snatching someone’s husband.