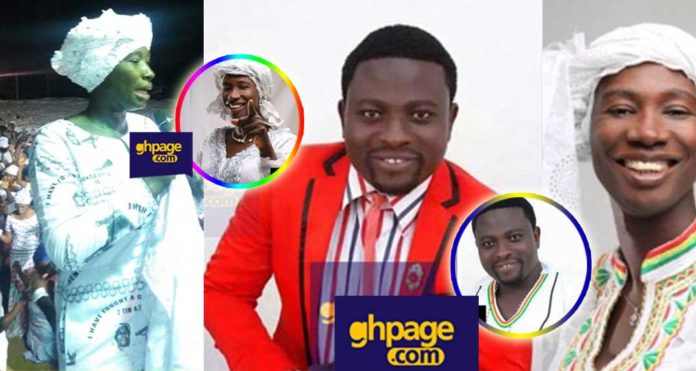 After months of silence, respected Ghanaian musician and prophetess, Cecilia Marfo has reacted to the video which went viral last year purporting that she has cast out an evil spirit from her colleague gospel musician, Brother Sammy.

According to Cecilia Marfo, she never said anywhere when she prayed for Brother Sammy that he is an evil person. The prophetess explained that God gave her a message to give Brother Sammy and she did just.

“He can never be an evil person. I have seen a story making rounds that I Cecilia Marfo has slapped and delivered Brother Sammy from an evil spirit. I want you to disregard that story.”

“There is no truth in it. God gave me a prophecy to be given to him and I did just that. I never said Brother Sammy is evil. He can never be an evil person,” Cecilia Marfo told Bishop Agbey Jnr on Radio 1.

The sensational worshiper also added that Brother Sammy is an ordained man of God who God is using to save many people and she has no problem or whatsoever with him.

Even Brother Sammy on the Delay Show early this year stated that Cecilia Marfo stagged the whole thing just to disgrace him and he has no evil spirit.

WATCH THE ENCOUNTER BETWEEN BROTHER SAMMY AND CECILIA MARFO BELOW