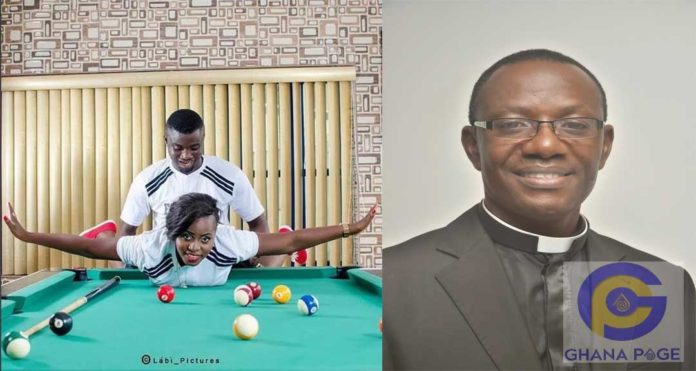 The Church of Pentecost has currently banned immodest or x-rated pre-wedding photo shoots.

This was announced by the General Secretary of the Pentecost Church, Apostle Nana Yaw Kumi at the Global Minister’s Conference at Gomoa Fetteh in the Central Region.

According to the church, some would-be couples go extreme with their pre-wedding shoot by taking sexually suggestive pictures.

“During the pre-engagement time, under the guise of courting, they would be taking all sorts of pictures and spread it all over the place, and the pictures suggest they are already married.
You would realise that where they are touching and what they are doing are things that are supposed to be done by married couples.

ALSO READ: Shatta Wale lists the total number of awards he has won since 2013

Also, the Pentecost church announced that they have forbidden couples from serving alcoholic bevearages and playing profane songs at the wedding reception.

According to the church, they will continue to be against pre-marital sex and to hold chastity in high esteem in marriage.