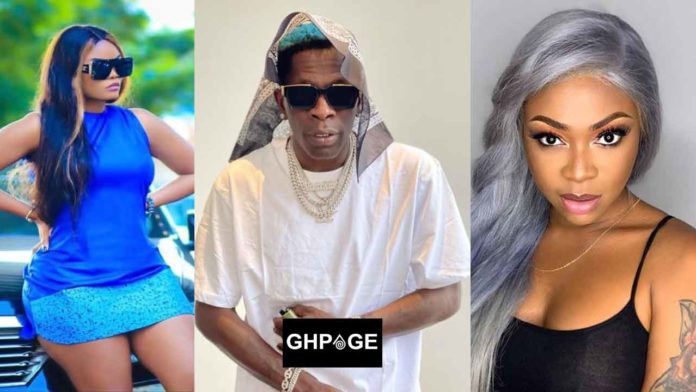 Despite the shocking private matters she has already spilt, Magluv has dropped yet another bombshell against Shatta Michy in a new video on Instagram in which she claims the ex-girlfriend of the dancehall artiste is a Lesbian.

According to fashion designer, Shatta Michy shamelessly had sex with Shatta Wale around the house right in her presence on some occasions she visited them at home.

Describing Shatta Michy as a serial cheat, Magluv, who is said to be her former best friend, said she often sneaked men into Shatta Wale’s house and had series of sex with them.

In order to execute her moves without being caught, Magluv said Michy would turn off the security cameras in the house to let the men in while Shatta Wale was away.

She also narrated how luck eluded Michy one day and Shatta Wale bust her on one of her cheating sprees.

Watch the full video below:

According to Magdalene Love, among other things, Shatta Michy was having an affair with Nana Appiah Mensah aka NAM1, the CEO of defunct Menzgold.

To make it even worse, Shatta Michy fought with Becca over NAM1 on countless occasions. Meaning, NAM1 was sleeping with both Shatta Michy and Becca at the same time.