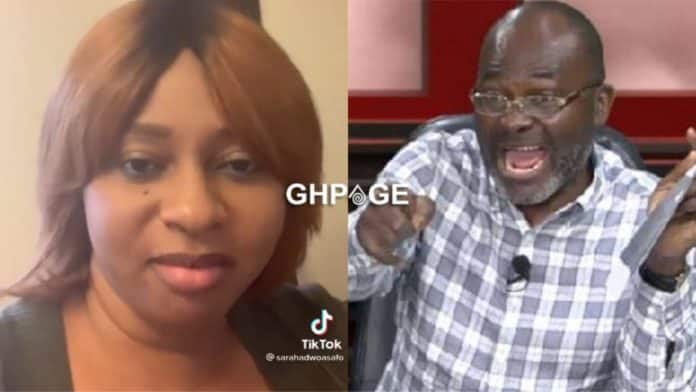 Dome-Kwabenya MP, Sarah Adwoa Safo has finally broken silence after coming under backlash from Ghanaians and members of the New Patriotic Party (NPP) over her long absence in Parliament.

A number of allegations had been peddled after she flew to the United States and abandoned her duties as a legislator, which saw vociferous politician Kennedy Agyapong drops deep secrets about her in the media.

READ ALSO: Ken Agyapong calls for the removal of Adwoa Safo from parliament

But speaking in an exclusive interview on JoyNews’ The Pulse on Thursday, Adwoa Safo said she will resume her duties as an MP and a Minister when her son is fit and healthy.

The Gender Minister indicated that she is currently taking care of her unwell son in the United States and has to ensure all is settled before she returns to the country.

She explained that she has served her constituents for the past 12 years and will not abandon her duties as a Legislator.

“I will be returning definitely to serve my people. I lead and serve the people of Dome-Kwabenya and I have done that for the past 12 years and I know exactly what my responsibilities are and I am definitely going to do that.

“As you know, my son is unwell and has to transition to school, so I have to ensure that all that is settled before I can resume my duties and that is exactly what I am doing,” she said.

She added: “I have been doing a lot to take care of my children which the law requires and as you know here in the foreign land, I have to comply with whatever I am directed to do and until all that is sorted out, I have to do what I have to do and then I will return to my duties.”

The MP was expected to appear before the Privileges Committee on May 27 for her 15-day absence from Parliament without the Speaker’s permission.

Adwoa Sarfo however disclosed that she has not been served any notice to appear before Parliament’s Privileges Committee.

“As we speak I don’t know that I have been invited. I have to be served. I am not aware any such thing has been given to me. I am just hearing it from you,” she said during the interview with the news channel.