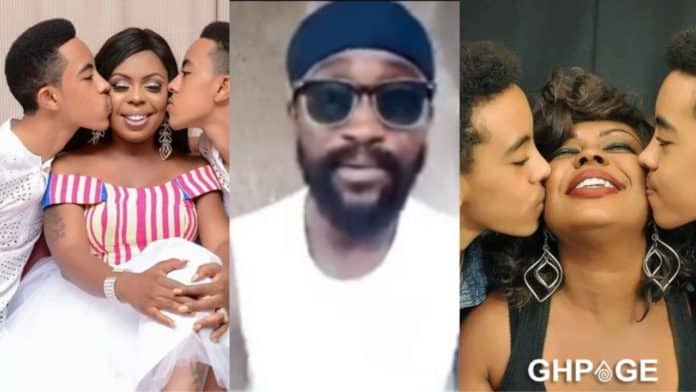 Valentina Nana Agyeiwaa aka Afia Schwar has finally reacted to the wild report which was first published on the internet by a certain guy with the nickname “Corner” that she was paid to give birth to with a gay man.

A few weeks ago, this man who goes by the name ‘Corner’ took over social media trends after he dropped a supposed dirty secret of Afia Schwar on the internet.

As wildly purported by ‘Corner’, Afia Schwar was paid to give birth to her twins with a gay man during her stay in South Africa in the early 2000s.

Apparently, Afia Schwar had no interest in her twin boys, James and John until they turned aged 3 and that was when she realised she needs to act smart in order to have them for herself alone.

Whistleblower, Corner, went on to add that the gay man wasn’t interested in marrying Afia Schwar because of his sexual preference and besides he had already contracted her to give birth for him

After she delivered, she took another huge amount of money from the gay man to breastfeed John & James.

Apparently, this was the story Afia told the woman she left her babies with when she came back from South Africa and needed to hustle to take care of them.

READ ALSO: Akuapem Poloo and my twins are on the same level – Afia Schwarzenegger

According to Afia Schwar who has come across these chilling accusations from Corner on the internet, she has handed over the issue to her lawyers and they will track and trap him very soon for false publication.

Watch the video below to know more about the whole saga…

Recall that during Afia Schwar’s beef with Delay, a lady surfaced on the internet to call out Afia Schwarzenegger with regards to her motherhood to her twin sons, James and John Geiling Heerdegan.

According to this lady, the 22-year-old boys were not biologically born by the comedienne as she has always made Ghanaians believe. READ MORE HERE