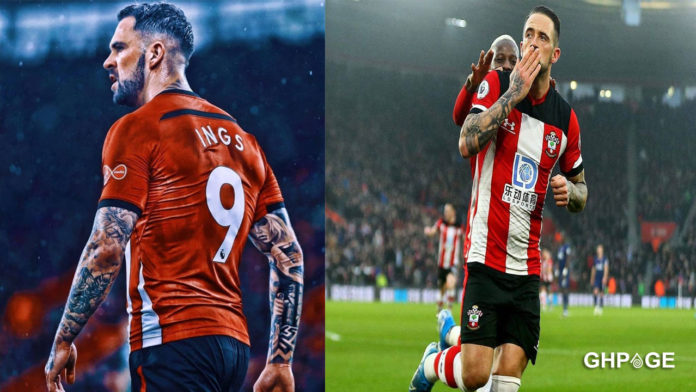 Danny Ings, 27, is a Centre-Forward for Southampton FC in the English topflight league. He has 13 goals and an assist credited to him in the premier league with 21 games played.

The striker’s fine form began with a he goal at home against Liverpool FC- his former club. For a striker who has had quite a number of loan spells with clubs, he counts this season a good one so far.

He is the 2nd top scorer in the English Premier League at the moment. Jamie Vardy leads with 17 goals and Pierre-Emerick Aubameyang placing 3rd.

However, Dan Ings’ team, Southampton sits 12th on the league table. One will argue that he hasn’t put in a lot of effort in the league and would want to juxtapose him to other strikers.

He has earned praises from his coach, Ralph Hasenhüttl, as he often provides match winning goals. Dan Ings recently stunned Tottenham Hotspurs with an early goal which actually the only goal of that match.

In addition to this, Ings has just been booked once in all competitions this season. He brags about being one of the cleanest players on the pitch.

More often than not, players get suspended for an accumulated number of yellow cards. For a prolific striker to miss an important match due to bookings is something Danny Ings seldom do.

As the transfers window is still open, Tottenham Hotspurs joins the fray to get the signature of the England forward. Soccer Pundits tip Danny Ings to fit in the Tottenham setup and could get 5 or more goals. Harry Kane will be out for about 4 to 5 weeks with an injury and move could be considered.

Southampton face-off Leicester City in return league match away from home after the latter was thrashed 9 goals without even a consolation goal.