Duncan Williams has finally reacted to the abnormal behavior of his son, Daniel who has been causing an uproar on social media for days now.

In a statement released to the media on Tuesday 9th June 2020, the family asked Ghanaians to remember Daniel in their prayers because he is seriously sick.

The family revealed Daniel has been under treatment for some time now but relapses from time to time when he stops taking his medicine which leads to these erratic behaviors.

Duncan Williams however believes this is a test of his faith but he will overcome. The revered man of God revealed he still loves Daniel irrespective of what he does

Read the full state below

Archbishop Nicholas Duncan Williams and his family thank you for your prayers. Daniel’s outbursts on social media and elsewhere should not be media fodder or click-bait. We acknowledge that the obscenities are abhorrent but understand that he has a serious illness.

Daniel has undergone the very best medical interventions, treatments and hospitalizations, yet he experiences relapses when he does not continue on his prescribed medication.
The Archbishop says “this is a test of his faith, but he will overcome”. In his own words; “I acknowledge the situation my son is in, and I still love him…please continue to pray with us…. “Love covers a multitude of sins.” 1 Peter 4:8

The Archbishop and his family continue to stand firm in their faith believing God for Daniel’s full deliverance, healing and restoration. We ask that you please respect their privacy as they navigate through this time.
Psalms 3:3.

He went ahead to also drop a video of him twerking naked as he shows off his penis and as$. He also revealed his father is the cause of all his problems when he started controlling him at a tender age.

SEE HERE: My father is the cause of my bad behavior- Duncan Williams’ son

Watch the video of him below 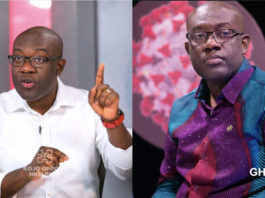 Kojo Oppong Nkrumah fired for using the term ‘Papa no’ in... 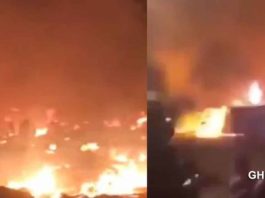 Parts of Shiashie raged down by fire; Over 100’s of properties... 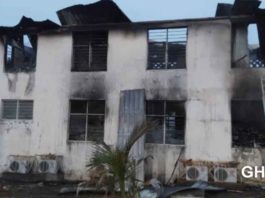 Electoral Commission’s office in Accra up in flames