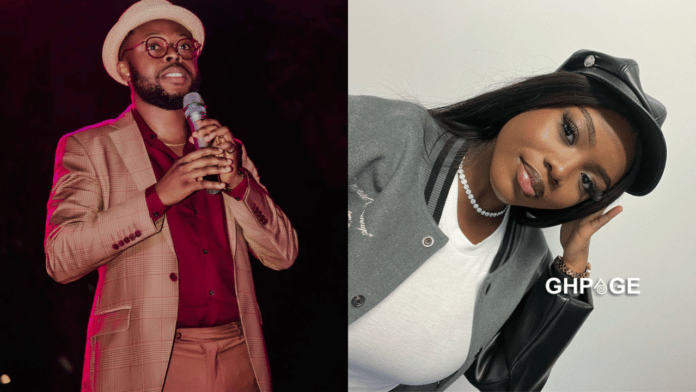 Speaking in an interview, Kalybos disclosed that there are almost 16 female stars he has a crush on but Gyakie remains his favourite.

According to Kalybos, celebrities like Yvonne Okoro, Jackie Appiah, Nadia Buari, Yvonne Nelson, Joselyn Dumas etc are all elegant women he would like to marry but for now, he has settled on Gyakie.

As passionately revealed by Kalybos, he won’t think twice about marrying Gyakie if the “Control It” hitmaker gives him the chance to show her his undiluted love and affection.

“Given the opportunity, I would like to marry 16 celebrities…” But if I could marry Gyakie, I would.

Meanwhile, Kalybos and Ahuofe Patricia were said to be lovers until they broke up about a year or two ago.

Both Kalybos and Ahuofe Patricia have vehemently dismissed the rumours that they were once in an affair but it seems there is more to the hearsays than their lightweight explanations.