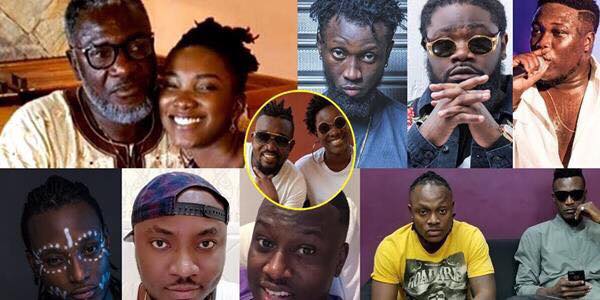 The late Ebony’s dad, Nana Opoku Kwarteng, who is currently at war with the manager of his deceased daughter, Bullet granted an interview where he released a paper alleging to be the list of monies paid to artiste to perform at Ebony’s tribute concert.

In an interview on GhOne Tv, Ebony’s father reads from a handwritten breakdown that he claims was given to him by the artiste’s manager Ricky Nana Agyemang aka Bullet after Ebony’s tribute concert.

According to him, Bullet claims he paid GH?4,000 as a solidarity to media men as well as performance monies to musicians who performed at Ebony’s tribute concert.

Breakdown from Ebony’s dad per what Bullet handed over to him pic.twitter.com/dHwEYiDOVo

On the sheet, Bullet had written to inform him that artistes including Edem, K?ch?, Ras Kuuku, Captain Planet, Coded, R2Bees and Rachel all received monies for performing at the tribute held in honour of the singer who died in an accident.

How much each artiste allegedly received, according to what was on the paper;

Artistes including Coded, K?ch?,Kurl Songx and Captain Planet have in separate statements denied receiving any monies from Bullet to perform at the concert.

In regards to this brouhaha between Bullet and Ebony’s dad, Ghanaians on social media have reacted to it and here are some of the reactions. 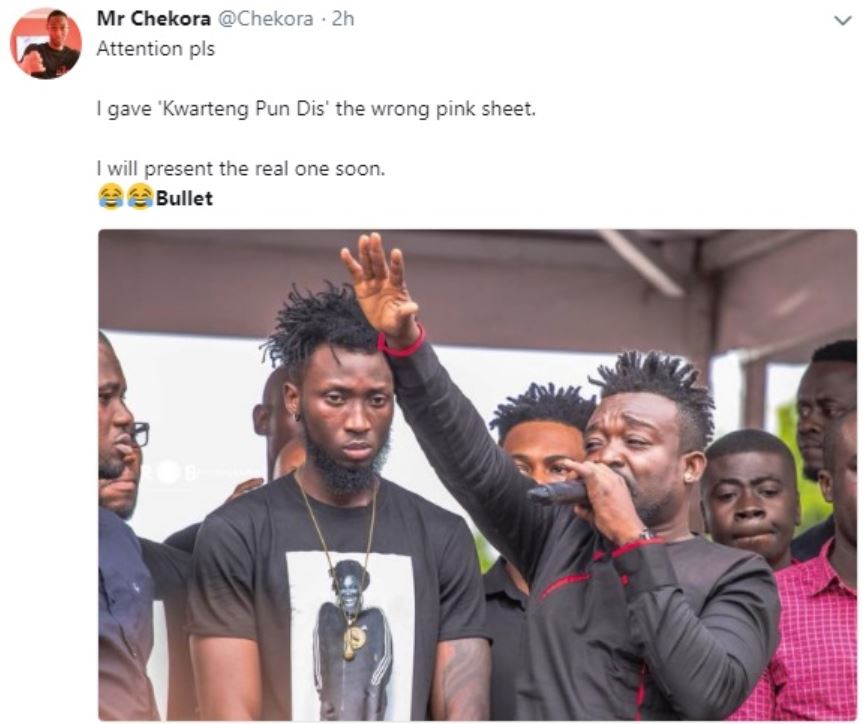 READ ALSO: DKB blast Ebony’s father over claims that he took GHC1,000 to perform at her Tribute Concert 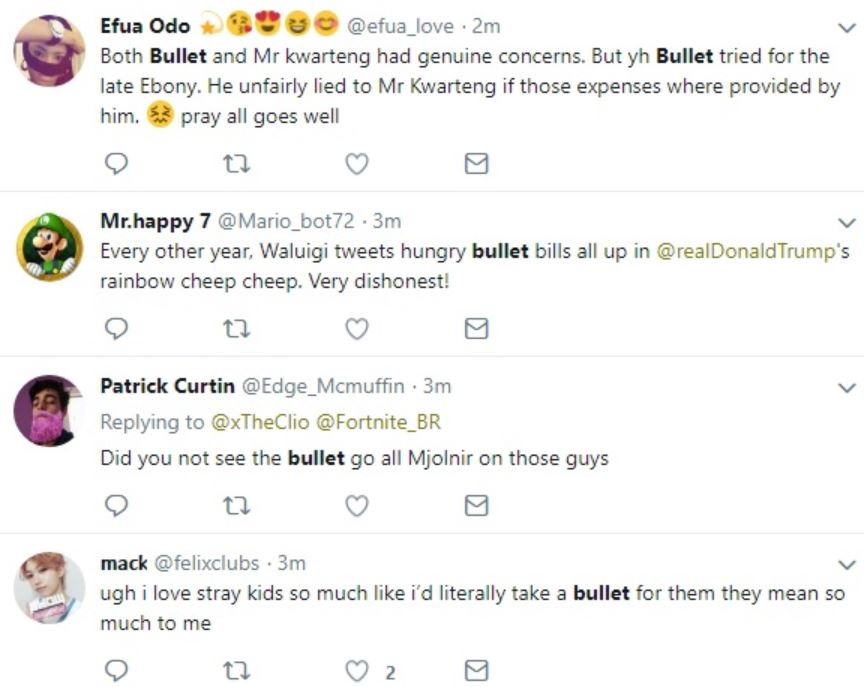 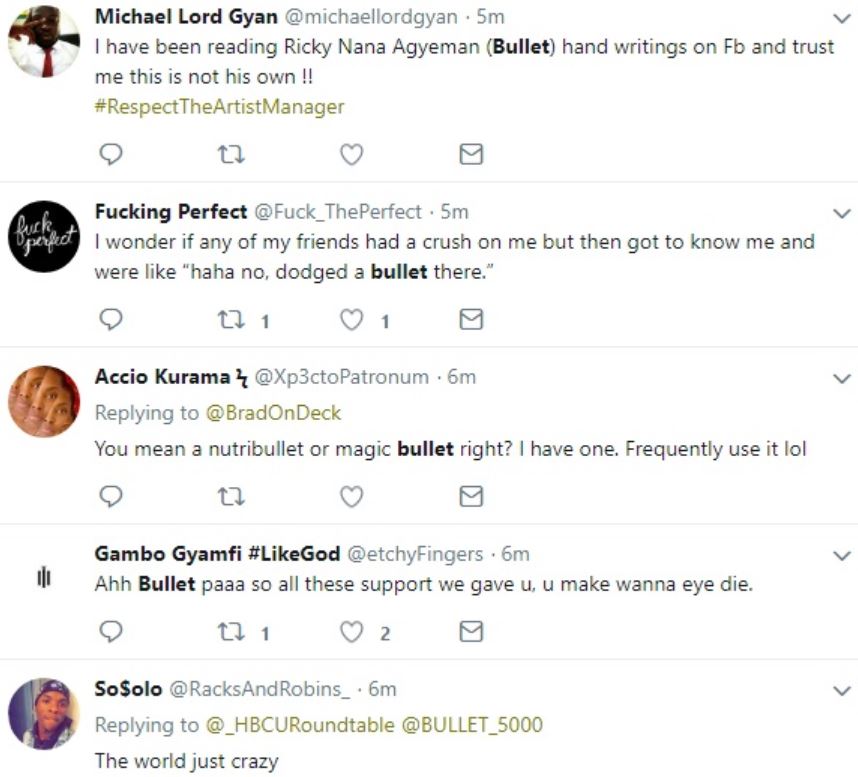 The disclosure marks the latest chapter in the breakdown of the relationship between Mr Kwarteng and Bullet since the death of Ebony on February 8 this year.

The singer died in a gory accident on the Sunyani-Kumasi highway together with a friend Franklina Maame Yaa Tebua Nkansah alias Franky Kuri and a soldier, Lance Corporal Atsu Vondee.

Earlier this week, Bullet disclosed that he had handed a trove of the singer’s unreleased songs to her father after Mr Kwarteng accused him of retaining a large chunk of the profits accrued from a tribute concert held in Ebony’s honour.